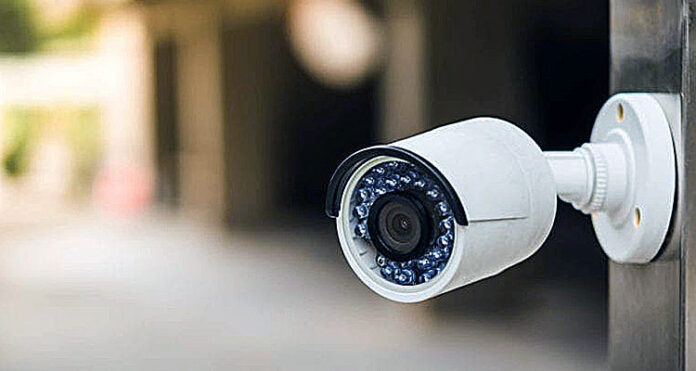 The Meadow Lake RCMP would like downtown businesses to keep a closer eye on crime.

Earlier this week, Cst. Frederike Carignan of the Meadow Lake RCMP approached businesses along Centre Street to propose a new initiative that would involve the installation of cameras outside local shops and services as both a deterrent to crime and to allow the police easier access to identifying potential suspects.

“It was my idea to look into something like this,” Carignan noted. “The goal of this project is to lower property crime on Centre Street. In the past couple years, property crime to downtown businesses has increased profusely.”

According to statistics provided by the RCMP, more than 115 occurrences of property crime from 2017 to 2019 on Centre Street alone were reported to the police. This is an increase to the 95 occurrences reported from 2015-17, while there were only 59 reported incidents between 2013 and 2015.

“With those statistics, it is easy to see property crime has increased a lot throughout the years and it is time to find a solution to bring it down,” Carignan added.

According to the RCMP, that solution is – as Carignan proposes – the installation of cameras on downtown businesses. This, she said, could help police identify suspicious vehicles and/or individuals who are believed to be involved in certain crimes, while surveillance cameras could also help reduce crime in general simply by their presence alone.

“They are able to provide images to police which can help identify an assailant, they can provide a direction of travel and, if someone sees the cameras, hopefully it will make them think twice about committing a crime in the first place,” Carignan said.

Carignan went on to say cameras at the front and back entrances of businesses would be ideal, while the cost associated with four to six exterior cameras can range from $600 to $1,400 depending on the style and brand. Options could include wireless versus wired, night vision cameras, weatherproof cameras and cameras that make a variety of sounds.

“It will ultimately be up to the businesses to decide what they want to do – I just did the research for them,” Carignan added. “So far I’ve received some positive responses – a couple of businesses have said ‘yes’, others have said ‘no’, but right now the responses have mostly been ‘maybes’, so I guess we will just have to wait and see how this whole thing goes. I believe, if the cameras go up, property crime will most likely go down.”

Among those interested in what the RCMP is proposing is Gerald Pohl of Cogent Chartered Professional Accountants.

“I know this is a program used in the Battlefords and the chamber of commerce there has been very enthusiastic about it,” Pohl said. “It’s a way to reduce crime and to help the police do their job, which can be a good thing.”

Pohl serves as president of the Meadow Lake and District Chamber of Commerce, but said the local chamber has yet to be contacted by the police and he could only comment on the initiative as a downtown business owner.

“From that aspect, I’m all for it,” he said. “It would be nice to have enough cameras in place so criminals looking to conduct their business downtown don’t have anywhere left they can’t be seen on video. From a Libertarian point of view, however, I’m not sure I like the government having that much overreach in my life. But, if it does the job of helping to clean up crime, I’m on board.”