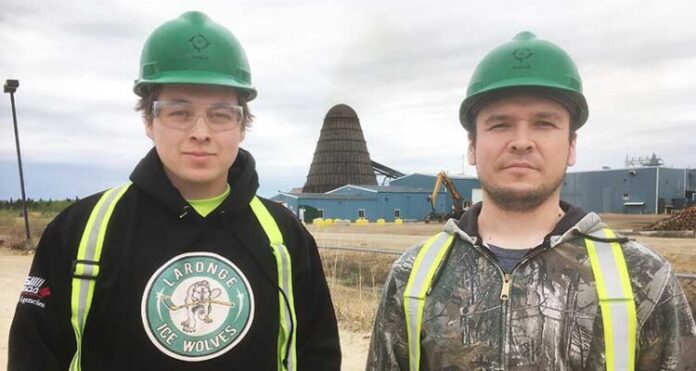 It’s not quite business as usual for NorSask Forest products, but it’s getting there.

At the outset of the COVID-19 pandemic, the local sawmill announced it was transitioning from double-shift production to single-shift production primarily because of the negative impact the COVID-19 virus was having on U.S. lumber markets and building activity which translates into approximately 50 per cent of NorSask’s sales. The downsizing, which took effect March 30, resulted in 42 employees suddenly finding themselves out of work.

“NorSask normally operates on two shifts, but for a variety of reasons – which were market-driven and filled with so much uncertainty – we went down to only one shift,” reiterated Al Balisky, president of Meadow Lake Tribal Council (MLTC) Industrial Investments, which oversees NorSask Forest Products. “Since then, however, we have been carefully watching the U.S. markets to see what’s going on.”

Balisky went on to say this isn’t as clear-cut as it sounds considering NorSask’s sales are often spread over multiple states and each state is doing different things, which in-turn drives NorSask’s decision-making.

“Things are looking up, though, and we have recently been able to transition from a single shift to a 1.5 shift,” Balisky continued. “We’re able to have small crews working in different areas of the mill, so social distancing isn’t much of a concern. The main thing is we’re slowly ramping back up to normal.”

Although Balisky was unable to provide exact numbers in terms of how many of the 42 employees who were laid off have since been brought back, he said the good news is there are more people working at NorSask now than there was a month ago.

“We’re keeping a close eye on things and plan to re-evaluate the situation on a monthly basis,” he added. “By early June it’s possible we could make the decision to fully go back to two shifts by the middle or end of next month.”

In the meantime, Balisky expressed his gratitude for the NorSask employees who were impacted by the COVID-19 pandemic.

“We’re doing our best to ensure we can all move toward a healthy and safe future,” he said. “Things have worked out OK so far, and we’re optimistic it will only get better from here.”

Among those who was temporally laid off from NorSask at the end of March, but who recently returned to the job is Meadow Lake’s Shane Hounsell.

“It’s nice to be back to work definitely,” Hounsell said. “Hopefully things keep progressing so we can get back to normal by the end of summer – or at least by the next school year and hockey season.”