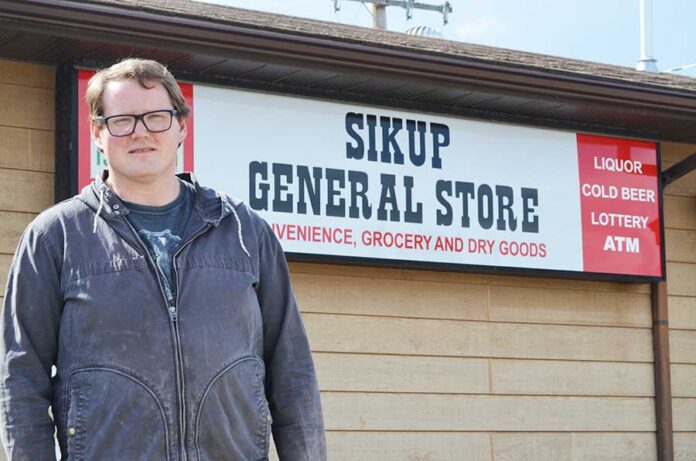 COVID-19 may have put the kibosh on the celebration itself, but it hasn’t taken anything away from a special milestone for both a long-time Dorintosh business or its importance to the community as a whole.

May 15 marked the 40th anniversary of the Osborne family owning Sikup General Store in Dorintosh. However, according to Greg Osborne – who currently operates the store alongside his brother, Brad – the occasion came and went without much in the way of fanfare.

“On both our 25th and 30th anniversary, we hosted a barbecue as sort of a customer appreciation thing, but – because of COVID-19 – we were not able to do anything like that this time,” Osborne explained.

Instead, the Osbornes have opted to hold a raffle draw for a barbecue package and, considering the ongoing circumstances involving the coronavirus, he said the public has been more than understanding and still very appreciative.

“It’s pretty neat to know we’ve had the support of the community for so long,” Osborne continued. “There are a number of lake-goers who come back each and every year, while we also have many regulars not only from right here in Dorintosh, but also from Waterhen, as well as Meadow Lake and the surrounding area. A lot of these people have been supporting us from day one.”

Although a small general store had been present in Dorintosh for many years, Osborne’s father, John, along with a neighbour, took over the business and changed its name to Sikup in 1980. In 1986, John Osborne’s wife, Willa, came onboard in place of her husband’s original partner and it’s been a family affair ever since.

“The current store was eventually built and, in 2005 I came onboard,” Osborne said. “Brad became involved in 2011. It’s all we know. We grew up here and we saw how well the store did for our family, so it just seemed like the right option for us.”

COVID-19 did not only put a stop to the store’s 40th anniversary plans, though. It also meant the introduction of a number of safety measures to help keep customers and staff safe.

“We’re still open and we’re still seeing a lot of customers, but we’re being responsible about it,” Osborne noted. “We’re limiting the number of people in the store at one time to six and we have Plexiglas barriers in place just as many other businesses now have. I suspect things will be different this summer because we probably won’t see as many tourists going to the provincial park, but thankfully, again, we always have lots of local support.”

Among those who supports the business is Dorintosh resident Tim McKay.

“It’s really great to see the Osborne family reach this important milestone,” McKay said. “Sikup is very important to Dorintosh and the surrounding area, and has served the area very well for all these years. Congratulations on 40 years.”