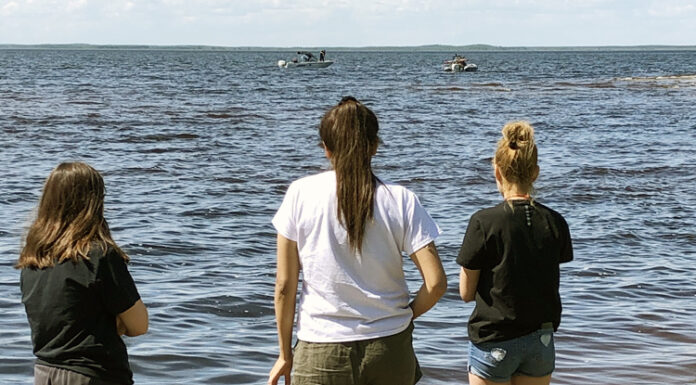 More than a month after he disappeared beneath the depths of Makwa Lake, the remains of six-year-old Lian Thunderchild have been located.

While details remained few as of this posting, news of the discovery was shared earlier this evening (Aug. 5) by the Hutterian Emergency Aquatic Response Team (HEART), a search and rescue group from southern Manitoba and one of several search and rescue volunteers to step forward to assist with efforts to locate Thunderchild.

“Once again we lift our hearts in thankfulness to God for his guidance and mercy,” reads a social media post made by the HEART team via social media. “May the name of Jesus be praised for we have found this dear child whom we’ve been looking for in Makwa Lake. Our prayer is for the family to experience healing and may God’s love be felt by our service in this ministry.”

The post is signed “very sincerely, your HEART divers.”

Meanwhile, a statement was also issued by the boy’s family.

“On behalf of the Mitsuing-Thunderchild family we want to express our heartfelt thank you to the HEART Team, elder Tom Charles, chief Ronald Mitsuing, Canadian Search and Disaster Dogs Association (CASDDA), Lloyd Search and Rescue, Ralston Underwater Search and Recovery, Gene and Sandy Ralston of Boise, Idaho, Prince Albert Grand Council Search and Rescue, Grandmother’s Bay Search Team, Sandy Yurkowski, John Toews, the RCMP Loon Lake detachment and deep dive team, and to the hundreds of volunteers who were committed to helping find Lian,” the statement reads. “Also to everyone who supported the family through this difficult time. We will share the wake and funeral arrangements once they have been finalized. Thank you all for your prayers, support and unconditional love. It means a lot to our family.”

The Loon Lake RCMP initially became involved in the search for Thunderchild – a Makwa Sahgaiehcan First Nation member – June 23 when he was reported missing after playing near the water with his two older brothers. Both RCMP and SERM boats were soon joined by civilian search teams including the Lloydminster Rescue Squad, the Civil Air Search and Rescue Association, as well as HEART among several others. According to the RCMP, a strong current in Makwa Lake is likely responsible for Thunderchild’s disappearance and believe he was pulled from the sandbar by strong currents and swept away.

Check back for more updates as they become available.