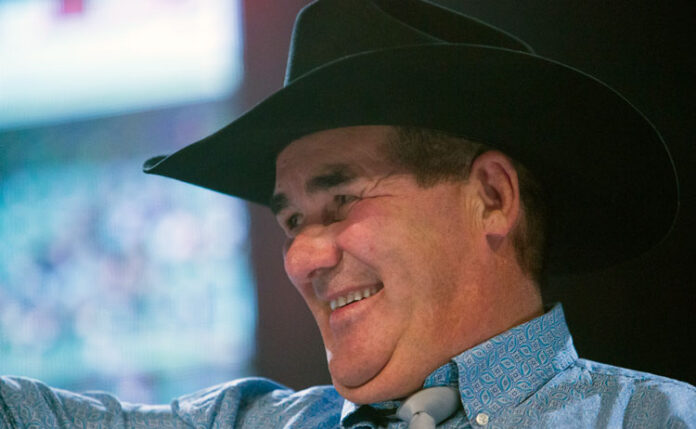 “It’s going to be very exciting,” remarked chuckwagon driver and event organizer DJ King. “With very few things going on, people are hungry for something to do and, because chuckwagon racing hasn’t been held in Meadow Lake in a while, the people here are all the more hungry for it. Add the fact this will be (local driver) Gary Gorst’s last race and he is finishing off his career in front of a hometown crowd, that just adds to the trifecta.”

Gorst competed in last weekend’s races held at Poundmaker, the first time he raced this year as part of the Charity Fun Run tour.

“Chuckwagon racing is a lot like riding a bike, but it’s still good to have a refresher and to touch the reins a bit before coming back for one last big show,” King continued.

Meanwhile, the Meadow Lake races will also add a couple more drivers who have yet to see action this summer. One will be BJ Carey, whereas the final spot will go to either Wayne Knight or Jaycee Myette.

“I’m not sure which one it will be at this point, but one of them will fill the last opening in the draw for that first heat,” King added.

As for the venue itself, the Meadow Lake Stampede Grounds no longer has a grandstand but King said there will be plenty of seating options for the public all of which will be laid out in a way to promote social distancing.

“We hauled in 15 stands and spread them out around the track,” King said. “The front area where the grandstand used to be has been left open for easy access for parking, while we will also have the big screen in place so people can always look up at that if the wagons drive into a blind spot. There will also be some parking on the infield much like the other races on the tour. All we hope for now is for Mother Nature to do her part.”

This past weekend in Poundmaker, the weather was a little colder than what was experienced at previous races. However, it was not enough to stop Todd Baptiste of Cando, SK who earned the fastest time on the weekend to pick up cash he immediately donated to KidSport.

“It was a little chilly on those two days, but we just piled on some extra layers and away we went,” King said. “If we can get two more good days this weekend to finish up the tour, it will be a great experience for everyone involved.”