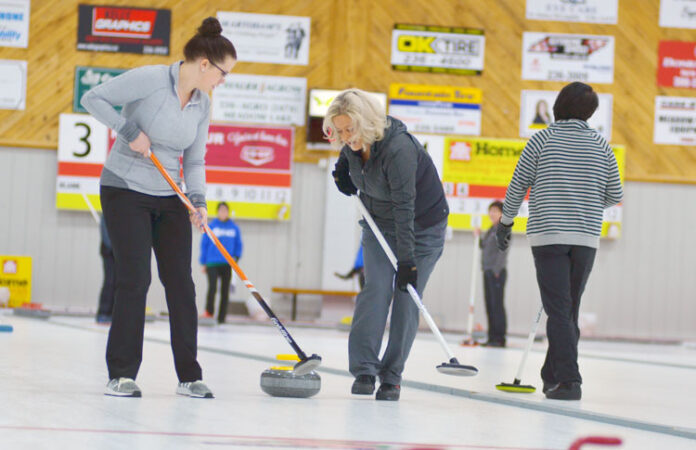 After hitting rock bottom last season as a result of COVID-19, the Meadow Lake Curling Club is ready to rise to the top.

“We met early last week to determine if there was enough interest in starting a curling season this fall,” explained Meadow Lake Curling Club manager Shannon Heddon. “There is, and the club will open as originally planned.”

While it’s still not completely certain how the coming months will unfold, the club was looking to gain at least 80 per cent support from members before announcing a 2020-21 season.

“Because they can’t go away this winter, we’re hoping some of the snowbirds will also sign up as well as perhaps some students,” Heddon added. “We already have a number of our current members who have indicated they will be coming back.”

There is enough interest at the moment to open all club leagues. Heddon even said, in a normal year, it is not uncommon for a few teams to sign up closer to the start of the actual season itself.

“I’m sure there will be more to come,” she noted. “There’s still room for more, but one thing for sure is COVID-19 is not going to affect curling in Meadow Lake this year.”

The club was forced to shut down before the end of its last season, which resulted in a major loss for the group considering it was unable to host two of its major events.

Certain safety precautions will be in effect when the season does start, while CurlSask itself has a number of guidelines in place including physical distancing, contact tracing in the event of an outbreak, enhanced cleaning protocols and more.

“There will be a lot of extra work for our staff, as well as a few changes for the curlers, but it shouldn’t change the game at all,” Heddon said. “It will affect the number of people allowed in the building at one time. But, we can use all our sheets (of ice) at one time. Right now, however, everything changes daily. As for tournaments, I don’t believe we will be able to bring in people from out-of-province, but bonspiels should be allowed to continue because those are usually made up of people from our home community and the surrounding area. Most of our bonspiels begin in January, so, by then, who knows?”

Heddon went on to say the board and club staff are very happy to be able to proceed again.

“We’re trying to do the best we can during this hectic pandemic, so we will try to offer as normal of a season as we can,” she said. “One fear we had is, if we had to close for the entire season, it could prove difficult to get members back, and we just worked very hard to bring our membership back up.”

Meanwhile, another Meadow Lake curler impacted by the COVID-19 pandemic is Dayna Demers who earlier this year rejoined Team Silvernagle (Robyn Silvernagle, Jessie Hunkin and Kristen Streifel) in an effort to one day procure both a provincial and national championship.

“I’m still planning on playing on Team Silvernagle this season,” Demers told Northern Pride. “We just had a team building weekend, and we are doing a lot of off-ice training right now. That’s our focus right now.”

Because of the pandemic, the team will compete in more local events within the Saskatchewan curling tour.

“Right now it’s kind of up in the air as to what the season is going to look like,” she said. “We can’t really control what that is going to entail. For the time being we’re focusing on long-term – we’re thinking next year’s Olympic pre-trials and we can do a lot of building this year to be ready for that. As of right now, our provincials and nationals are not cancelled. That’s a bonus, but we will have to see in the next couple months what transpires.”