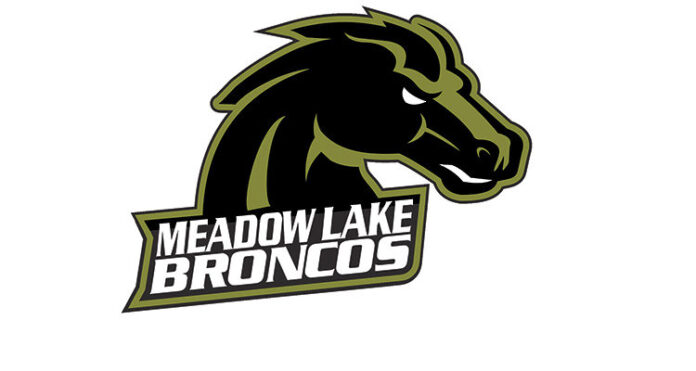 The gate to the corral has been opened.

The Meadow Lake Senior Broncos returned to the ice recently as they gear up for the start of what is expected to be a somewhat different SaskAlta Hockey League season.

“The schedule has been released – we’ll be playing in eight home games and eight away games starting in late November,” explained team manager Glen Dennis Jr. “It will be a home-and-home scenario where we play at home on a Friday and then an away game against the same team the following night, or vice versa of course.”

The Broncos’ home opener is set for Friday, Nov. 27 at the Meadow Lake and District Arena against St. Walburg, while the team will hit the road to take on the Eagles again Nov. 28. On Dec. 4, the Broncos will be in Hillmond with the Hitmen returning to Meadow Lake Dec. 5, while the Dec. 11 outing finds Meadow Lake in Paradise Hill followed by a home game against the Hawks Dec. 12.

“We then take a big break from Dec. 17 to Jan. 7 – it’s sort of a mandatory COVID break for teams across Saskatchewan,” Dennis said

As for the league itself, SaskAlta has dropped to only five teams this year.

“A few teams have decided not to ice a team this year because of COVID and the financial difficulties that go along with that,” Dennis said. “There are also no new teams this season.”

Because there is currently no inter-provincial play allowed, the remaining team Meadow Lake will compete against during the regular season is the Lashburn Flyers.

Meanwhile, Dennis said the Broncos themselves have been taking to the ice in recent weeks to hone their skills and to prepare for the competition that lies ahead.

“We’re all excited for the season, but – with COVID-19 – you just never know what’s going to happen one day to the next,” he added.