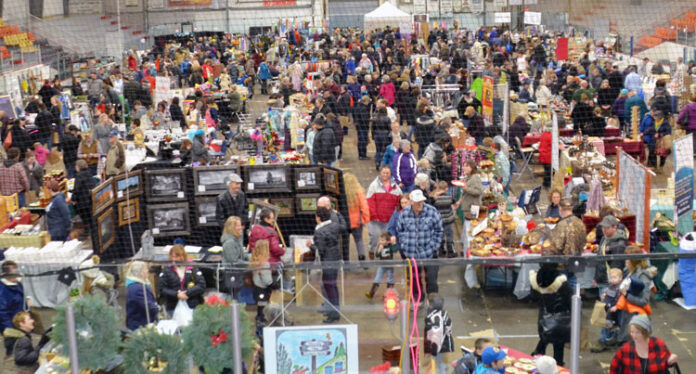 The annual Holly Berry Craft Craft Sale, a major fundraiser for Beta Sigma Phi, was originally scheduled to take place this Saturday (Nov. 28) at the Meadow Lake and District Arena. Instead, the sale has shifted to online only because of the ongoing COVID-19 pandemic.

“We’re pretty sad it’s not going ahead as usual, but we’ve had quite a few people posting items to the ‘Buy and Sell’ Facebook page we created in place of the sale this year,” explained organizer Laurel Pethick.

For the entire month of November, vendors have been able to access the page to post their various craft or craft-related items for sale. It’s also open to local home-based businesses looking to generate a little extra income leading up to the holidays.

“Depending on how busy it is, we may leave the page up into December as well,” Pethick added. “Vendors can post their items at no cost. It’s just our way of doing something a little extra to keep them going during these difficult times.”

Traditionally, vendors would pay Beta Sigma Phi a fee in order to have a table at the arena during the yearly sale. Any money raised by the local chapter of the non-academic sorority would be donated back to the community.

“Over the years we have supported a number of initiatives including the hospital, the library, scholarships, the Empty Stocking Fund and more,” Pethick said.

Beta Sigma Phi took on the Holly Berry Craft Sale as its major fundraiser in the late 1990s. Prior to that, it was organized by the Meadow Lake Arts Council. In recent years the event had about 100 vendors.

Among those to participate via Facebook this year is local resident Sylvia Mutch.

“I normally have a table at the Holly Berry Craft Sale, and I think it’s great to have it online (this year) so people can still support the local crafters,” Mutch said.

Meanwhile, Pethick is optimistic the Holly Berry Craft Sale will be back in full force next year.