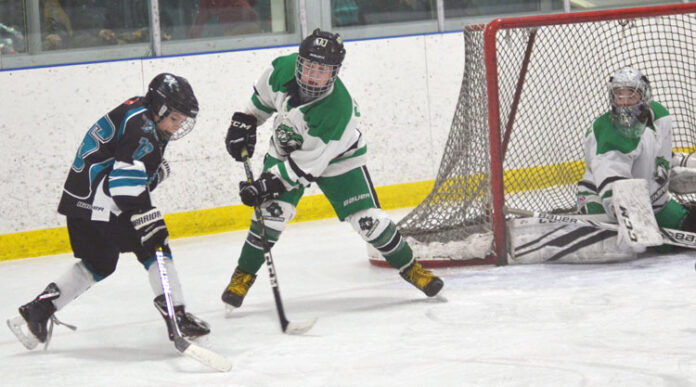 The current minor hockey season has been like no other and, according to local officials, more questions than answers remain as far as where things will go from here.

“Right now we’re waiting until Jan. 15, as that is the next revision date,” stated Meadow Lake Minor Hockey president Jace Andersen with regard to his organization’s next move.

While a slightly modified minor hockey season did begin in October, increased concerns and subsequent measures issued by the province in late November resulted in the suspension of all team/group sports and other such activities. This effectively put a stop to actual hockey games – both at the minor and senior levels – but further modifications have allowed young athletes the chance to continue with practices.

“We’re staying on with our small cohorts of eight up until Jan. 15 and then we’ll see what happens,” Andersen continued. “I’m hoping we can open up a little bit more, but we won’t know anything until then. The kids are all still skating, but we can only have up to eight kids on the ice at one time along with two coaches, and everyone needs to wear masks at all times – both on and off the ice.”

Andersen said it’s great for the kids to still be able to have some ice time.

“It’s a little bit different for coaches because they need to have a much bigger practice plan,” he said. “We need to maintain physical distancing while on the ice, so you can’t do any of your compete drills – it’s mainly skating and stick-handling which we have been emphasizing. It’s harder on coaches than anybody because they are the ones who need to figure out what do on the ice for an hour with only eight kids and sometimes even fewer than that.”

Each player gets two hours of ice time per week.

“Basically our teams have gone out the window – we really don’t have teams any longer,” Andersen said. “We’ve broken them down into these cohorts, but I’m still happy there is an opportunity for the kids to get out and stay active somewhat. It always helps to keep the kids on the ice because there are a lot of other organizations out there which have closed their doors completely. We’re here to keep the kids going as much as possible, and to keep our arenas going. Otherwise they would sit empty and I don’t know what would happen.”

Andersen also said, in spite of the difficulties posed by the pandemic, interest in hockey has not lessened as far as Meadow Lake and area youth are concerned.

“Before Christmas we had a few kids who opted out because they didn’t want to skate while wearing a mask, but going into the New Year and with things still staying the same, pretty much all of those kids are back,” he said. “They’re all skating now. They enjoy the sport and masks are just becoming a way of life. It’s not what we want to do, but it’s what we have to do. Maybe this will be normal now.”