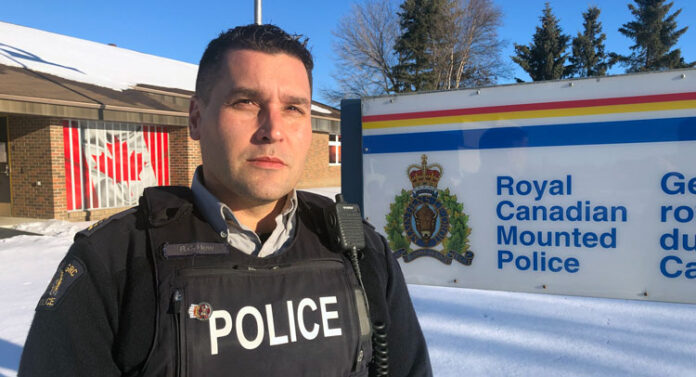 S/Sgt. Ryan How’s first day back in Meadow Lake was Jan. 4 after serving a more than two-year stint as detachment commander in nearby Loon Lake.

“It was a family decision (to return),” How told Northern Pride. “We enjoy the community and have deep connections here after almost eight years. This is home for us.”

“After five years in Meadow Lake, I was fortunate enough to be able to take on the detachment commander role in Loon Lake in the spring of 2018,” he added. “I truly enjoyed my time in Loon Lake. I’m going to miss the members and staff at the detachment, and the community. Makwa Sahgaiehcan First Nation was very good to me and we worked closely together through some incredibly difficult and emotional times. Policing in a smaller detachment allows us to form these bonds easier.”

How went on to say both Meadow Lake and Loon Lake detachments are very busy and demanding posts for investigators.

“Meadow Lake is a very dynamic detachment with a lot of external demands that need to be balanced,” he said. “I enjoy this challenge and I’m really looking forward to working with everyone here. Some I know very well, but a lot has changed in three years – a lot of new faces and new ideas I’ll need to learn.”

Meanwhile, How noted his top priority since returning to Meadow Lake is to support the local members.

“Loon Lake and Meadow Lake are challenging posts and the members in this area are doing a tremendous job managing file load and responding to violent situations,” he explained. “In my role now, I need to build on the work Sgt. Hurst has accomplished and implement strategies to stop the violence. I was very fortunate to work with and learn from retired S/Sgt. Rod Ens and work with our current mayor (Merlin Seymour) and many of his council, as well as Gary Vidal in his past role. The take-away from that experience was simply communication.”

How believes the community deserves to know how their police are functioning and accomplishments/challenges the RCMP face.

“I’m planning weekly routine media releases so the public is aware of what is going on in their community,” he continued. “When possible, adult offenders facing charges will be named. I’m looking forward to reconnecting with all the leadership of the communities we serve.”

He also plans to engage the public as partners in safety.

“Specifically enhancing the COPS program and other initiatives to empower citizens to have some control in their community,” he stated.

How began his RCMP career in Spiritwood from 2006-2010. He then spent four years in Canoe Narrows before first arriving in Meadow Lake in 2013, then to Loon Lake.

“I’m an active firearms instructor for the RCMP as well as a member of the Crisis Negotiator Team for Saskatchewan,” he noted. “Those are jobs I do off the side of my desk, but I enjoy them both. My family and I are very happy to remain in Meadow Lake and to have stability without having to move.”