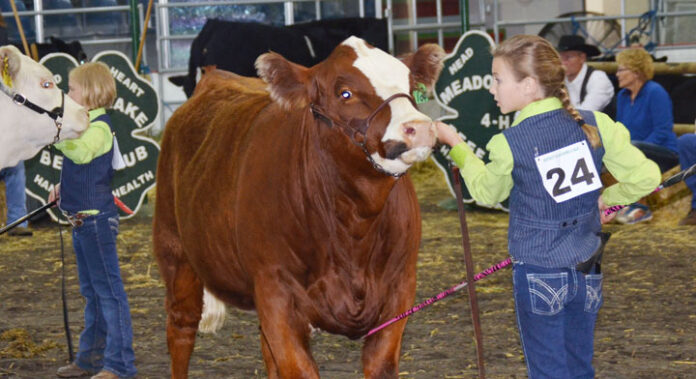 At least that will be the case for the upcoming 4H public speaking competition, an event that takes place around the middle of February each year and which is designed to help participants grow as young men and women in their respective communities.

“The various clubs will hold their public speaking competitions later this month and then, into March, is when they usually hold districts and, from there, provincials,” stated District 36 4H president James Jensen. “It’s changing all the time, though, because every month we seem to get a new notice from the province telling us what we can or cannot do.”

Earlier this year, District 36 4H missed out on its annual curling bonspiel as a result of the COVID-19 pandemic. The event had to be cancelled because of the current restrictions in place to help combat the spread of the virus.

According to Bev Tallmadge of the Meadow Lake 4H Beef Club, this is but one example of how 4H members have had to adapt in the last year, adding the public speaking competition will be no different.

“Saskatchewan 4H, though, has webinars geared toward learning how to proceed with these virtual formats,” Tallmadge explained. “As for the remainder of the year, we can always hope for the restrictions to be lightened or lifted.”

According to Jensen, District 36 membership is as high if not slightly higher than last year, meaning the local public speaking competition will still see strong participation.

“In the 4H program there are certain events you have to participate in, one being public speaking,” he said. “It’s part of a building procedure to help get kids going for the future… It’s really crucial to 4H, and helps to get the kids out of their shells a little bit too.”

Meanwhile, as the year continues, the focus for 4H will shift to the annual Show and Sale held in early June, an event that already had to be altered in 2020 because of COVID-19.

“Last year, Meadow Lake Livestock Sales did the best they could for us,” Jensen noted. “We held a sale without the members’ participation. This year, we’re hoping the stockyards will help us out again, but on the same token – if we have to do the same type of scenario – we’ll make it somewhat virtual again and have a (video) display of the 4H kids leading their calves, and doing their own kind of show from home. This would show the people, especially the buyers, how the kids still did the work instead of just taking an animal and getting paid for it.”

Tallmadge said this is important.

“A beef club, like any club, gains so much from actual hands-on interaction,” she said. “We’re just taking the year one event at a time, but approaching the planning of events in a timely manner is certainly a benefit.”