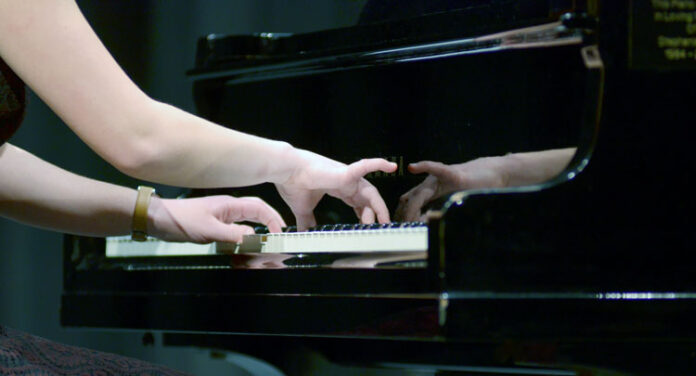 The show must go on.

The onset of the COVID-19 pandemic resulted in last year’s Meadow Lake and District Music Festival being cancelled at the last minute, but a modified version of the popular event will indeed go ahead this year.

“Last year would have been our 42nd music festival,” explained Tanya Ellis, Meadow Lake and District Music Festival president. “This year will be a recorded music festival. Participants will be assigned a recording time between April 14-17, Meadow Lake Music Festival representatives will record the performance, and the committee will send the recording to the adjudicator.”

“Adjudication will most likely be through Zoom or something like that – a lot of the details are still being worked on,” Ellis continued.

Entries for the festival are open now and will be accepted until March 2.

“Our entries vary every year, but in 2019 we had 164 which, because of bands and classroom groups, included 643 students,” Ellis said. “Last year was about the same (before the event had to be called off).”

In addition to performances being recorded this year rather than taking place live, all participants will be required to follow the latest Saskatchewan Health Authority protocols which currently means wearing masks while playing the piano and even while singing.

“We have to stick with the COVID regulations,” Ellis noted. “Everyone will be masked up – we’ll be following all the rules. There is a provincial committee making sure everything is being done according to SHA regulations.”

Entries will be limited to soloists and duets (duet entrants must live in the same house). Therefore, no ensembles will be permitted, meaning no bands or classroom groups this year.

“A lot of what will happen is hard to say at the moment, but, yes, we are planning a music festival and it’s going to be much different than previous years for sure,” Ellis said.

She also said, when the pandemic was declared so close to last year’s festival, it proved devastating for everyone involved.

“They (students) spent months preparing their music and were ready to go, but then we had to cancel it,” she said. “However, we didn’t have a choice. It was unfortunate because a lot of work had gone into it on our part as well. Our committee starts to meet in September to prepare for the spring festival.”

With the event now making a comeback, Ellis said it’s a step in the right direction.

“It gives the students a chance to showcase what they’ve been doing, and to have some competition,” she said. “It also allows for an adjudicator to give them some constructive feedback… it’s great we’re going to have that again.”

She also looks forward to 2022 and the possibility of “returning to normal.”

“If COVID can get taken care of, our music festival will be back as it always has been,” she said. “We’re just trying really hard to have the music festival go ahead, but with keeping people’s safety in mind.”