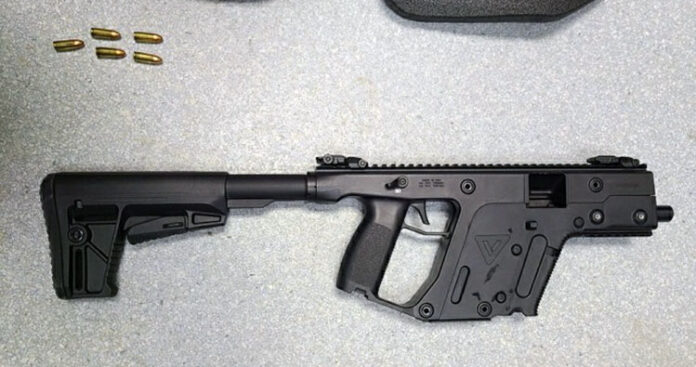 On the morning of March 19, Meadow Lake RCMP were dispatched to the 300 block of 8th Avenue East for a male acting erratically.

On arrival, members arrested a 23-year-old male and located firearms, ammunition, and other prohibited weapons. A nine-millimetre semi-automatic rifle, a .357 revolver, body armour, a conducted energy weapon (Tazer), and a blue bandana were among the items seized.