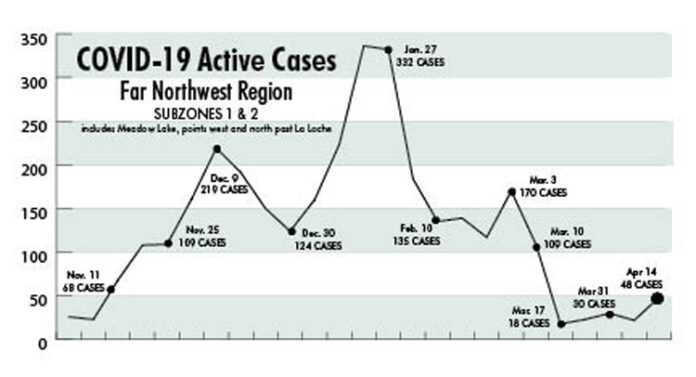 More than a year into the pandemic the Village of Goodsoil has experienced its first official COVID-19 outbreak.

The news came earlier this week when the province reported an increased risk of exposure to COVID-19 at The Bender Bar and Grill located at 208 Main St. in Goodsoil. On April 2, a person or persons attended this location while infectious.

“This is the first sort of outbreak we’ve had,” confirmed Goodsoil mayor Don Eckel. “We’ve had the odd person test positive here and there, but this is the only so called outbreak we’ve experienced.”

Individuals who were at The Bender Bar and Grill during the specified time of April 2 must immediately self-isolate and contact HealthLine 811, their physician or nurse practitioner to arrange for a COVID-19 test, even if asymptomatic meaning they have not developed symptoms.

According to Eckel, however, the situation appears to be under control and there have been no other reported cases of COVID-19 in the community since.

“I haven’t heard anything from the SHA at all since Sunday (April 11) when they called to let us know it happened,” he said.

He also said the public, Goodsoil residents included, need to continue to act smart while the pandemic persists.

“It’s bad because you may not know you have it (COVID-19) and you could carry it around, and that’s possibly what happened in this situation,” he said. “We just need to be smart and follow the rules. It’s not going to go away on its own.”

He also admitted it’s become more challenging to fend off the virus considering how complacent a lot of people have become.

“For sure people are tired of it – I’m tired of it,” he said. “But, we’re kind of in our own bubble here in Goodsoil, and it got burst. In this particular situation, though, I believe everyone is doing what they need to do about it and everything is under control again.”

In response to the recent outbreak, the SHA has restricted family presence/visitation at the Goodsoil long-term care facility. This means visitation is restricted to ‘end-of-life’ reasons. Examples include, but are not limited to, palliative care, hospice care or those who are at high-risk for loss of life, and the dramatic shift in the functioning of a patient or patient unlikely to leave hospital. Additionally, under Level 3 there is a provision allowing one essential family/support person to be designated for all residents to assist with care if needed (self-care, mobility, nutrition and behavioural needs). This must be approved by the care team.

For now, this measure does not affect outdoor visitation.

In terms of the COVID-19 vaccine, as of this week’s news deadline a total of 4,916 (16.46 per cent) people throughout the entire Far Northwest had received their first shot. Of these, 1,474 (4.94 per cent) had also received their second shot.