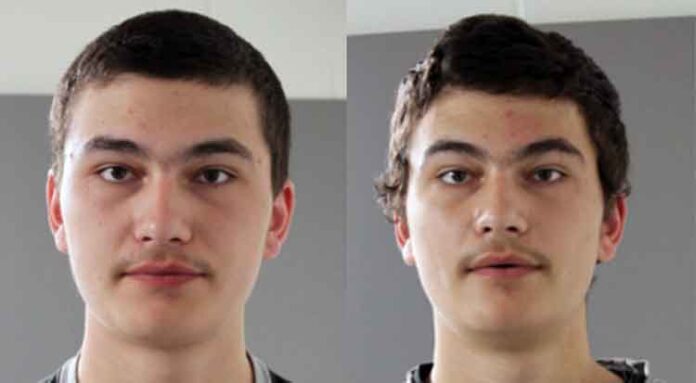 As a result of a police investigation, Raheem Hagen, 19, of Meadow Lake (seen here in two different photos) has been charged with discharging a firearm with intent and reckless discharge of a firearm.

And, as a result, a warrant of arrest has been issued for Raheem Hagan.

Hagan is considered armed and dangerous. He stands 6’2”, weighs 187 pounds and is slim in build. He has black hair and brown eyes. He may be en-route to Edmonton, AB, but this is not confirmed.

If you see him, do not approach him, and call 911 or your local police immediately.

Anyone with any information regarding the whereabouts of Raheem Hagan is asked to contact Meadow Lake RCMP at 306-236-2570 or their local police.

Information can be submitted anonymously through Saskatchewan Crime Stoppers at 1-800-222-TIPS (8477) or www.saskcrimestoppers.com.

The investigation is ongoing.