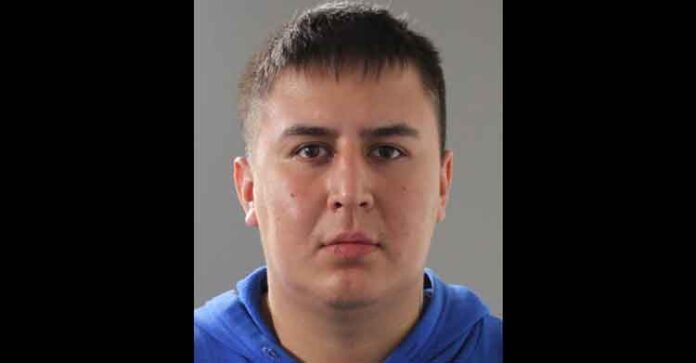 On Jan. 4 shortly before 7 a.m., Meadow Lake RCMP received reports of a firearm discharged at a white car in the Cochin Avenue area in Meadow Lake. Six separate calls were received in a short period of time describing the same incident.

An adult male was located injured at the scene and received treatment by EMS and at Meadow Lake Hospital before receiving further treatment in Saskatoon. In addition, a white car had struck a power pole at the scene and was on fire and the fire was being extinguished by Meadow Lake Fire and Rescue. There were multiple bullet holes located in the white car. The incident is believed to be gang-related.

“When serious incidents like this happen, the public may not be aware of what is going on in the investigation behind the scenes,” said S/Sgt. Ryan How, Meadow Lake RCMP detachment commander. “Complex investigations take time. Throughout the past three months, police experts were working diligently to gather evidence, bring forth charges and locate and arrest the individuals responsible. We are dedicated to making our communities safer and having charges laid in serious files like this is one way we strive to do just that.”

As a result of investigation, on Jan. 7, Jon Iron, 33, of Meadow Lake and Christopher Nolan, 21, of Lloydminster were both charged with one count each of attempted murder and aggravated assault. Warrants were issued for their arrests and efforts were made by investigators to locate them.

Further investigation resulted in a joint initiative involving Meadow Lake RCMP and Saskatchewan RCMP Emergency Response Team. A search warrant was executed at a residence on the 100 block of Carter Place in Meadow Lake April 16, and Jon Iron was arrested without incident.

The RCMP is seeking the public’s assistance in locating Christopher Nolan (photo above). He may be armed and is considered dangerous and should not be approached. Anyone with information on his whereabouts is asked to contact the Meadow Lake RCMP at 306-236-2570 or Crime Stoppers anonymously at 1-800-222-8477.