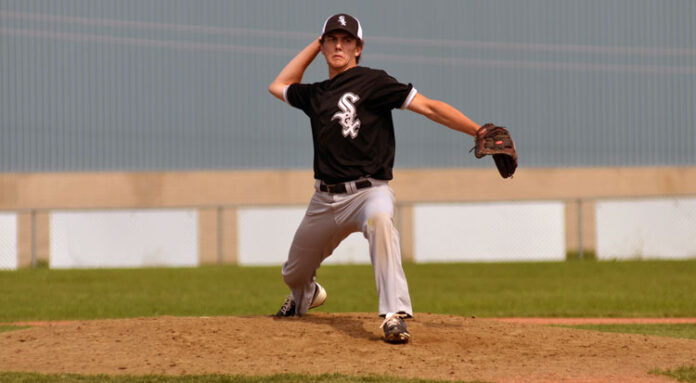 Things are looking up for Midget baseball in Meadow Lake.

Although a modified minor ball season did take place locally last year amidst the ongoing COVID-19 pandemic, Meadow Lake Minor Baseball did not field an 18U team at that time.

However, an 18U squad is back this season, and – according to coach Norman LaBrash – things are shaping up nicely.

“We have a good group of boys who are truly committed – it’s been really good so far,” LaBrash said.

This is LaBrash’s first year coaching 18U, but he does have past experience in the dugout guiding various teams his son, Nathan, has been a part of over the years.

“The team gets out to the diamond to practice every Monday,” LaBrash continued. “It’s been a couple weeks now… I’ve lined up one tournament, hopefully, for the team once things really get going here. I’m thinking that won’t be until some time in June, As for league play (Turtle River League), hopefully we can get a couple of games in before the end of the month.”

LaBrash went on to say the loss of last season entirely combined with continued delays this season can prove challenging for him as a coach, but more so for the players.

“Taking a year off definitely affects the kids for sure,” he said. “It’s like anything. If you don’t do it for a while, you’ll lose some of the little things that can make a big difference. But, again, things have been going quite well so far and I am very impressed with the kids I have on the team. They are at an age now where other things can take priority in their lives, but they have been coming out consistently.”

He also believes minor ball as a whole will continue to thrive in Meadow Lake in spite of any setbacks caused by the pandemic.

“Midget baseball for sure is starting to reap the benefits of all the great things minor ball has offered in recent years,” LaBrash noted. “It’s not official yet, but I also believe we will be making a run at provincials this year.”

According to Meadow Lake Minor Baseball president Regan Beck, it’s “great to have the 18U team playing again.”

“Last year was a bit of an anomaly as it shut down because of the shortened COVID season,” Beck explained. “This year, Norm is doing a great job of getting the players out and has an excited group. They plan on going to provincials this year and that will give minor ball a team in each age group on the baseball side. That’s the first time we have had that in my years involved with minor ball, so it’s great to see.”

Earlier this week, the provincial government announced public health measures around outdoor sporting activities will be eased as part of Step 1 of the Reopening Roadmap, set to commence this Sunday (May 30). As part of Step 1, league play will be allowed to resume, but tournaments will not be permitted at this time. This will be revisited in Step 2 of the Reopening Roadmap.