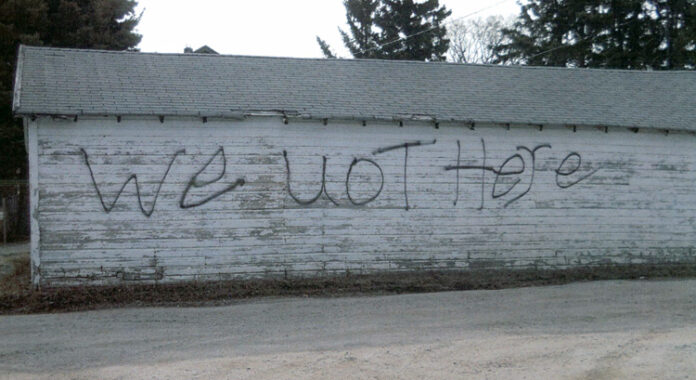 On May 11 shortly before 7 p.m., Meadow Lake RCMP stopped a vehicle after it had left a residence known for gang activity. The male driver was a suspended driver and subsequently arrested and searched. Police seized several grams of cocaine and $650 in cash from the driver along with a digital scale, a cell phone, and a canister of bear spray.

Bouvier has been released to appear in Meadow Lake provincial court June 21.

On May 13 around midnight, RCMP were notified of suspicious activity around the 600 block of Centre Street. RCMP located and arrested two youth attempting to break into vehicles. A 12-year-old and a 13-year-old were taken into custody and subsequently released on charges of resisting arrest, theft, and mischief under $5000.

On Friday, May 7, RCMP were notified of several businesses in the downtown area that had graffiti spray painted on their walls overnight. RCMP are asking the public’s assistance for any information on who may be responsible. RCMP believe the graffiti is clearly gang related and while there are some spelling challenges for the suspect(s), the message is clearly to promote their gang affiliations.