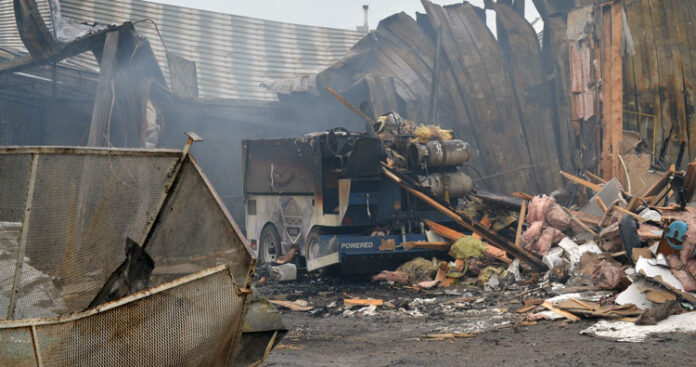 According to the RCMP, initial investigation into the early morning fire that destroyed the Meadow Lake and District Arena Sunday (June 6) has revealed the fire was set in a storage shed adjacent to the arena.

The shed in question was located behind the arena, not far from the Zamboni room, and was used to store tables and chairs, as well as the matting used to cover the ice surface for bingos and other events.

Meanwhile, according to police, an older model grey truck was observed leaving the area just prior to police responding to the scene. The fire was reported around 1 a.m.

Also, some time during the early morning hours of June 6, the concession stand near the Meadow Lake Stampede Grounds and which shares the parking lot with the arena, was broken into.

Anyone with information related to either of these events or any other criminal matter is encouraged to contact the Meadow Lake RCMP at 306-236-2570. To remain anonymous, call Crimestoppers at 1-800-222-8477 or submit a tip online using the P3 App at https://www.p3tips.com/206 or at www.saskcrimestoppers.com where other unsolved crimes are also listed.