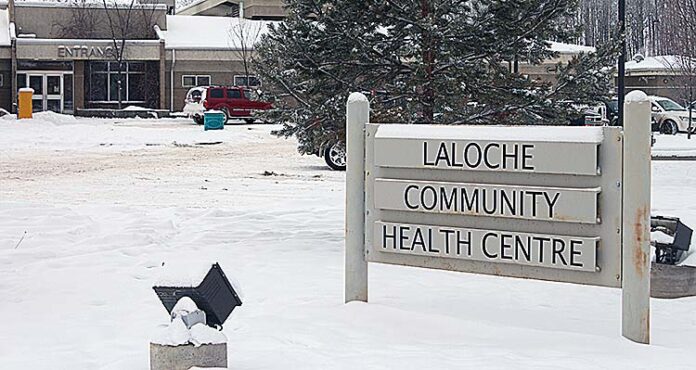 The president of the Saskatchewan Medical Association (SMA) is shocked by the health care service disparities in the North compared to the rest of the province.

Recently, SMA president Dr. Intheran Pillay, along with vice-president Joanne Siverston, toured the communities of La Loche and Ile-a-la Crosse, and met with doctors with the Keewatin Yatthé Region Medical Association. Pillay said the lack of funding for health care services is concerning, considering the shooting in La Loche earlier this year and the six recent teenage suicides.

“We also had an opportunity to meet with a psychiatric nurse at the friendship centre in La Loche who is new to the community,” he stated. “We were saddened to learn of the lack of services that exist in terms of an adequate number of counsellors in the community to assist with the problems. Mental health services are lacking. They do have specialists who provide care, but the care is on a sporadic basis.”

Aside from mental health services, Pillay said the lack of medical services in some places, as well as a non-existent electronic medical record system, is alarming. For example, Pillay noted the clinic in Dillon – which has a population of 1,200 people – is only open for five hours one day per week. In comparison, Pillay, who lives in Gravelbourg, notes the population is about the same, but the clinic is operated by three doctors with a 24-hour emergency room.

“I’m not saying that community (Dillon) needs that, but due to budgetary constraints for the area, they don’t have a budget to support more sessions at that particular clinic,” he remarked. “Dillon is just one example. Ile-a-la Crosse and La Loche could do with another physician they don’t have funding for.”

As for the lack of electronic medical records, Pillay said 80 per cent of southern Saskatchewan communities use the technology. Also, with a population in the North that seems to move from place to place more often, Pillay said the region could benefit from utilizing such a system.

Currently, the SMA is working on a pilot project to bring more health care professionals such as psychiatrists to the North. Pillay stated the organization – which represents more than 2,000 doctors in the province – is looking for partnerships to enhance health services in five northern communities.

Pillay didn’t want to be specific, but said the project depends on the support of the doctors who will provide the services, Northern Medical Services, the local health regions and the Ministry of Health.

Ile-a-la Crosse physician Melanie Flegel was pleased to have Pillay and Siverston tour the region, adding it was an opportunity to report what their successes and challenges are. Flegel believes electronic medical records are essential to the services they provide and she’s concerned about the lack of budgetary support.

“Our services seem to be getting cut rather than enhanced, so any improvements and increased access is fantastic,” she commented. “The physicians in our practices feel any changes or additional services need to be created by or implemented by the communities they serve.”

Flegel is also optimistic of the SMA’s pilot project, noting the physicians would be coming from Saskatoon and would provide in-person and telehealth services. But, she added, the time and amount of services physicians provide is often dictated by provincial and federal governments.