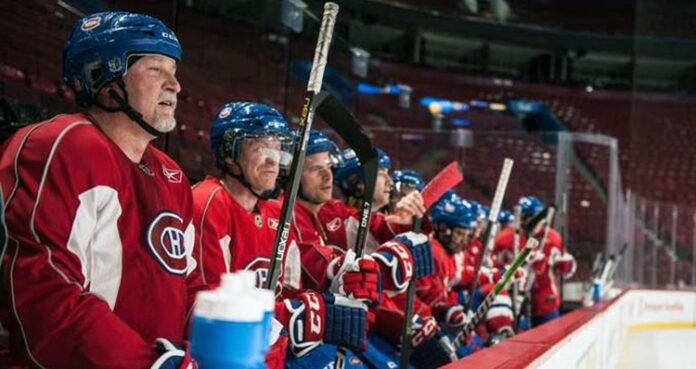 A star-studded hockey game will be played Thursday, March 2 as a fundraiser for the new Northland Pioneers Lodge and local youth organizations.

Northern Pride Publications is the title sponsor for the event, which will see the Montreal Canadiens Alumni hockey team play a spirited contest against a team from Meadow Lake and area.

This family-friendly event will feature former NHL players from one of Canada’s most beloved (or most hated) team, the Montreal Canadiens, and though the Habs’ alumni roster won’t be finalized until a later date, they do guarantee at least 12 players from their pool of alumni will attend. This pool includes household names such as Guy Carbonneau, Patrice Brisebois, Chris Nilan, Claude Lemieux, Sergio Momesso, Stephane Richer, Richard Sevigny and more.

The game will raise money for the new Northland Pioneers Lodge, and a portion of the proceeds will be donated to local youth organizations.

“This group travels throughout Canada every winter to celebrate the game of hockey, and brings out Habs fans, and Habs haters everywhere,” he said. “This is a hockey town and I can see it being a sellout.”

The local team that will face off against the Canadiens will also be finalized at a later date and made up of various players who have excelled in hockey – some who no longer live in the area and some who are still on the ice here in various men’s leagues.

“It’s going to be a fun game,” said Villeneuve. “It’s also a once-in-a-lifetime opportunity for some local players to skate alongside those who were big names in the NHL.”

Tickets for the event will go on sale Jan. 15 with rush seats available as well as VIP tickets, which include a meet and greet with the Habs alumni prior to the game.