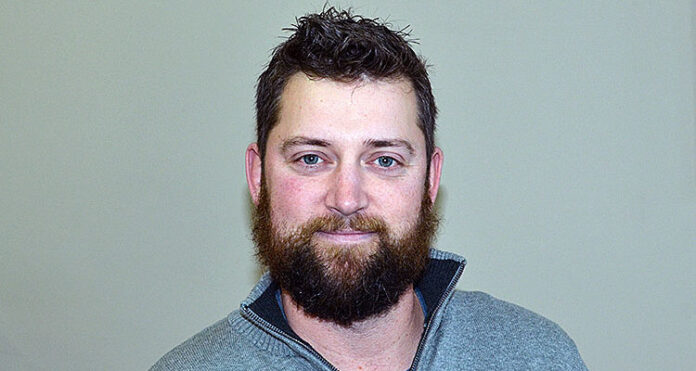 Former Meadow Lake resident Greg Ducluzeau was back in town for the Christmas holidays. Prior to his visit, however, he took some time to speak with Northern Pride about his career in the U.S., his memories of playing minor hockey here and the anticipation of once again seeing his hometown.

Q: What brings you back to Meadow Lake?
A: I’m heading home with my wife, Colleen, and our four-year-old daughter, Claire, for Christmas. It’s kind of a special time just for the simple fact Colleen and I haven’t been back to Meadow Lake during the winter in about six years. And, we’re bringing our daughter for the very first time, so we’re excited about that and my parents – Dan and Gail – are very excited about it too because they don’t have the frequency of seeing their granddaughter. I’m not the important one anymore – it’s more about Claire than it is about me.

Q: Do you see your Meadow Lake family often?
A: While we haven’t been to Meadow Lake in the wintertime for six years, we do try to get there every two years or so. Sometimes my parents will come here. At the end of the day, we maybe see each other once a year, so we try to fit in as much as possible when we’re home. I was born in Meadow Lake. I didn’t move fully away from home when I was 16, but I did go to Yorkton to play Midget AAA hockey and kind of bounced back and forth for a while. Every summer I would come home, but every winter I was gone right up until the end of college which was back in 2001. So, it’s been a little while.

Q: Where do you live now?
A: I live in Somersworth, New Hampshire, which is just about an hour north of Boston. We get the best of both worlds here. If we want to go to the big city as they say, we can cruise down to Boston. Or, if we want to go and get a little bit more of the wilderness factor, we’re only about 15 minutes from the Maine border. So, we drive up there and my friend has a lake house up there we visit in the summer. We’re situated in a very nice spot.

Q: What led you to living and working in New Hampshire?
A: It’s kind of a long story. The company I work for now, Legacy Global Sports, was originally situated in Vermont. The founders of the company started there and I started working with them there. Then, they sold 50 per cent of their company and that owner had his offices set up in Portsmouth, N.H., which is only a 20-minute drive from where I live now. We ended up transferring the company from Vermont to New Hampshire.

Q: What is it you do?
A: I’ve been with Legacy Global Sports for about six years now. I first started with the company’s accounting department where I kind of got my foot in the door. The CEO of the company and I have the same circle of friends, so I’ve known him for a while. Now, I’m classified as a senior tour coordinator, which to me – if you were to put an equal sign there – I’m an event manager. I work with a tournament series over in Europe called the World Select Invitational and I basically do all the logistics for a certain age group. This year it’s the birth year 2005 age group that plays in Bolzano, Italy. From there, we have a whole gamut of things we do. We have our own internal hockey teams we create through tryouts of AAA/elite players, and we take them over to our tournament where they will play against the elite level teams from Sweden, Finland, Russia and many other parts of Europe. My role is putting together all the logistics – flights, hotels, meals, accommodations – anything that goes into the tournament other than the tournament itself like game scheduling and stuff. All the behind-the-scenes stuff pretty much. Anything that goes into getting our North American customers over to Europe and ensuring they have the best time possible, I’m basically responsible for that.

Q: As part of this whole deal, do you ever get to travel to these places yourself?
A: I absolutely do. This April I will be heading back over to northern Italy. I’ve been there for four tour cycles now. We have back-to-back age groups coming up, so I’m going to be there for at least a three-week stint straight. It sounds like it’s kind of like a vacation, but when I’m there I’m usually getting up at 6 a.m. and heading back to the hotel around 10 or 11 p.m. It’s a great job and everybody thinks it’s great I get to see and do all these things, but a lot of that is usually on the security side of things.

Q: Where did you obtain your post-secondary education and did your area of study prepare you for your current career?
A: I went to school at Norwich University in Vermont, which is a smaller university. I was lucky enough to play hockey there and to win a championship. My area of study was business management. I ended up going back there again to finish up the second portion of my accounting degree. In a way, it works into what I do, especially with how detail oriented you have to be as an accountant. And, in the whole event management side of the portfolio there is definitely some overlap there, but you can go to school for event management planning and that’s not what I did.

Q: Tell me about your personal hockey career.
A: I played my minor hockey in Meadow Lake and had the pleasure of playing with some pretty good players there. I moved on to Yorkton and played Midget AAA, and won a national championship there which was obviously a career highlight. From there, my junior career saw me bounce around a bit. I started in Yorkton, went to North Battleford, to Estevan and then to the Alberta Junior Hockey League (AJHL) and playing for Bonnyville a bit before finishing off my junior career in Humboldt. I was then recruited by Norwich University to play for four years, which I did. Again, I was lucky enough to play with some fantastic guys and we won a national championship in 2000.

Q: What happened from there?
A: I had a cup of coffee with Binghamton (New York) in the United Hockey League (UHL), but partially decided I didn’t want to live that lifestyle. I wanted to continue on with my actual business career.

Q: When you were younger, what was it like to be part of Meadow Lake Minor Hockey?
A: It was a great experience. Being a part of the town at that time, you knew everybody. There was a pretty good family atmosphere when it came to Meadow Lake Minor Hockey. Even if you weren’t at the rink playing, you were playing boot hockey or playing on the outdoor rinks. I was lucky enough to have a really good group of guys growing up. I played with Jeff Friesen, Trevor Cornish, Marty Ross and Ryan Twidale, a bunch of those guys. I feel we had a pretty good group, so, from that aspect, I have a lot of fond memories of Meadow Lake Minor Hockey and some of the photos that fly around on Facebook – old team photos and such – bring a pretty big smile to my face.

Q: Tell me more about your family.
A: Colleen is a Vermont girl. She’s from southern Vermont. I was fortunate to meet her when I was doing some auditing work in Burlington. We’ve been married six years and Colleen works as a mental health clinician in Portsmouth. Claire is loving her life at day care and, when she’s not running around the house singing in her little princess costumes, she’s still never sleeping. Let’s put it that way, she’s a live wire but she’s a lot of fun.

Q: What’s the best advice you’ve ever received?
A: Appreciate your family and appreciate where you’re at. Don’t always focus on what’s next. Focus on the things in your life that make you happy. That’s a relatively new thought process I have, but you don’t want to take things for granted and you don’t want to lose that considering the way the world goes today.