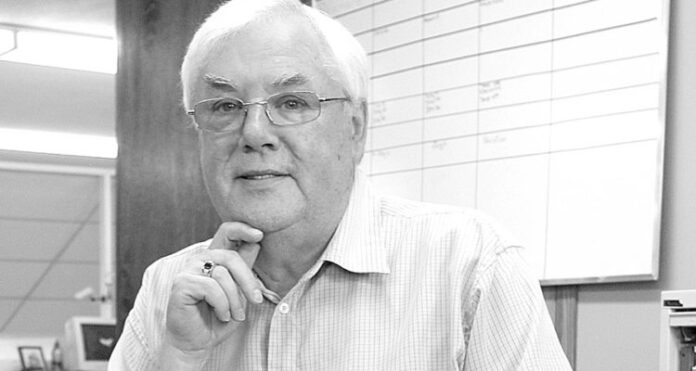 “I don’t think I’m a terrible person, but I do accept responsibility for my behaviour.”

Those were the words of Meadow Lake area resident Henry Clarke who said he plans to continue living here in spite of a recent news broadcast by the BBC service in Northern Ireland exposing him as a pedophile.

“If I leave, all I would be doing is packing up and taking my garbage somewhere else,” Clarke said. “The only way I can handle this is to face it head on.”

Clarke, 75, is originally from Northern Ireland and has resided in Canada since the late 1970s. He moved to Meadow Lake in the mid-1980s, serving as a pastor at the Alliance Church. He returned to the community in 2007 to take on the role of executive director at the Door of Hope, but has since retired.

That’s the story most people who know Clarke are familiar with. Many, however, discovered there’s more to him than meets the eye when the BBC’s report made its way to social media.

In that report, Clarke admitted he told authorities in Northern Ireland he abused three boys while working in a children’s home there in the 1960s and ’70s. Canadian officials, however, only became privy to this information last year, while the BBC tracked Clarke down in Saskatchewan last month.

“I actually went to the police prior to coming to Canada and reported myself,” Clarke said. “I believed it had been dealt with because no charges were ever laid. I later provided them with a letter giving them the names of the boys involved, but they felt too much time had passed and, because it would have likely been a minor charge, they weren’t going to take it any further.”

Then, six weeks ago, there was a knock at Clarke’s door.

“A gentleman came to my door and informed me there was an inquiry in Northern Ireland and my admittance, as well as my letter, were being entered. This gentleman was a reporter from the BBC.”

Clarke did a full interview with the reporter – an interview that was shown in Northern Ireland for the first time last week.

“That’s when everything hit the fan,” he said. “But, yes, I did do what I admitted to doing.”

As for why he committed the acts in question, Clarke said he was an abused child himself but added that doesn’t justify his actions.

“Since that time I’ve had the chance to grow up, to educate myself and to do everything in my power to help children who are abused,” he noted.

Clarke also doesn’t know if he will have to answer to the law for his crimes.

“I don’t know what will happen next,” he said. “But, I’m at a point in my life where whatever happens happens. I know there are probably a lot of people fearful of the ‘pedophile in their midst’, but they should have no fear of me ever re-offending. I have a tremendous amount of respect for this community and I am very sorry for what I did.”

The RCMP, meanwhile, have not confirmed or denied if they are currently investigating Clarke.