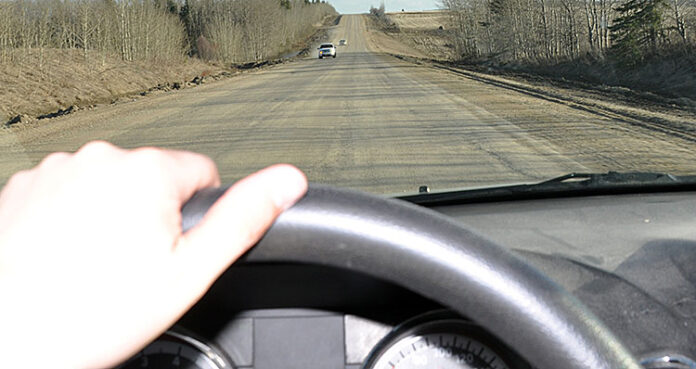 It went from fifth place overall in 2017 to number one this year, but that isn’t necessarily a good thing.

According to results from the 2019 CAA Saskatchewan Worst Roads campaign, Highway 26 between Loon Lake and Goodsoil tops the list. Meanwhile, eight of the final top 10 worst roads nominated and voted on by Saskatchewan road users are municipal roads in Regina and Moose Jaw.

“There were only two provincial highways on the list, which shows the amount of work we have put in to improving our roads,” remarked Steve Shaheen of the provincial Ministry of Highways and Infrastructure’s communications branch. “Of course, however, there’s always room for more improvements to be made.”

A total of 1,514 votes were received during the campaign which ran April 17 to May 8.

“Worst roads are described as having cracks, crumbling pavement, potholes or craters, poor or no signage, traffic congestion, and lack of cycling or walking infrastructure,” explained Christine Niemczyk, director of communications with CAA Saskatchewan. “Potholes and crumbling pavement remained as the number one problem identified during the 2019 CAA Worst Roads campaign. We thank all the road users who participated in this year’s campaign.”

As for Highway 26 in particular, the stretch from Loon Lake to St. Walburg ranked fifth in the 2017 Worst Roads campaign, while concerns about the Loon Lake to Goodsoil section this year, Niemczyk confirmed, mainly involve potholes and crumbling pavement. This was echoed by Goodsoil area resident George Hofer who is very familiar with the highway and its current condition.

“It’s in terrible shape,” Hofer said. “A lot of people go to Cold Lake now instead of coming to Goodsoil because they don’t want to travel that highway. It’s full of potholes and it’s mainly all gravel now, but there are big chunks (of broken pavement) still coming out.”
Hofer said he tries to avoid Highway 26 whenever he can, but said that isn’t always possible.

“I don’t know why they won’t do something about it,” he added. “They don’t need to rebuild it, just top it with a good layer of blacktop. As it is right now it’s really rough.”

Shaheen, meanwhile, said the province is actually in the process of reverting that stretch of highway back to a gravel surface.

“It’s about a 13-kilometre stretch that is routinely bladed and will also be gravelled and dust-treated some time in May or June,” he said. “Regular maintenance will also continue.”

Shaheen said the decision to revert to gravel is primarily because of the fact, when the highway was surfaced decades ago, an increase in heavier, modern farm equipment was not anticipated and this added weight is what results in the pavement breaking up.