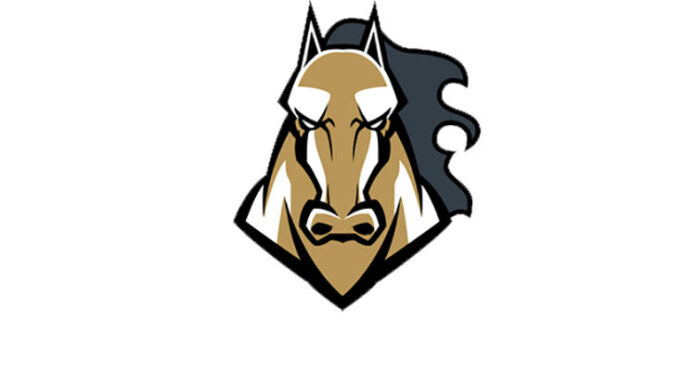 That’s why, following a recent falling out between the Western Provinces Hockey Association (WPHA) and the Western States Hockey League (WSHL), the local Junior ‘A’ squad has opted to stick with the latter. The Mustangs took to the ice for the first time last season as part of the WPHA which, until about a month ago, was a division of the WSHL.

“We chose to stay in the WSHL because it’s a more credible league,” explained Mustangs general manager Glen Winkler. “It’s been in existence for 26 years and features 23 or 24 teams. The relationship between the two leagues has broken down to the point they are no longer working together. The WPHA has now joined with the Greater Metro Hockey League (GMHL) out of Toronto and, from what I understand, are now in discussions with Flying Dust about having a team there.”

During a recent Meadow Lake city council meeting an open discussion took place involving Winkler, as well as representatives from the Meadow Lake Senior Broncos and Meadow Lake Minor Hockey regarding the difficulty of scheduling ice time in order to accommodate the schedules of all three organizations. If the WPHA establishes a Junior ‘A’ team at Flying Dust, he said this would only complicate things more.

According to a recent announcement by the WPHA, the group has entered into discussions with Flying Dust to establish a team for the 2019-20 hockey season.

“The WPHA remains committed to hosting Junior ‘A’ hockey in the area and strengthening its already significant ties to First Nation and Indigenous players and communities,” noted a WPHA press release. “The WPHA is also very excited to have local hockey legend, businessman and community leader Jon Mirasty involved for this upcoming season.”

However, when contacted by Northern Pride, PineRidge Ford Place arena manager Clay Debray said there are no plans on Flying Dust’s part to establish its own Junior ‘A’ hockey team.

“To my knowledge Flying Dust First Nation has nothing to do with either the WSHL or the WPHA,” Debray said. “We are just an ice rental provider. There is no truth to the wording in their press release about Flying Dust having a new junior team. The WPHA may put a team here, but we will have nothing to do with it aside from renting them ice. The WPHA is an outlaw league (not sanctioned by Hockey Canada) and I don’t agree with it.”

Winkler, meanwhile, said the decision for the WSHL to sever ties with the WPHA was made during a meeting in Las Vegas in early May. That was the same meeting, he said, the WSHL also voted to keep the Meadow Lake Mustangs as part of their organization.

“One of the big reasons we want to stay with the WSHL is the big showcase tournament held in Las Vegas each year,” Winkler said. “We get to play a number of American teams at this event and there are about 120 coaches on hand to scout players to potentially play at the university level. One of our players from last season, Tylin Cameron, has signed with an American university while five or six others were offered a chance to play in the U.S. but decided not to go, Meanwhile, our captain, Shane Hounsell, is being recruited by the SJHL. Our team is really getting to be well known, we’re busy recruiting players for this fall and we have 10-12 guys who have already said they will be back. We are so far ahead right now compared to where we were at this time last year.”

As of this week’s news deadline, three teams were signed to the WSHL’s Provinces Division – Meadow Lake, the Hinton Timberwolves and the Edson Aeros.