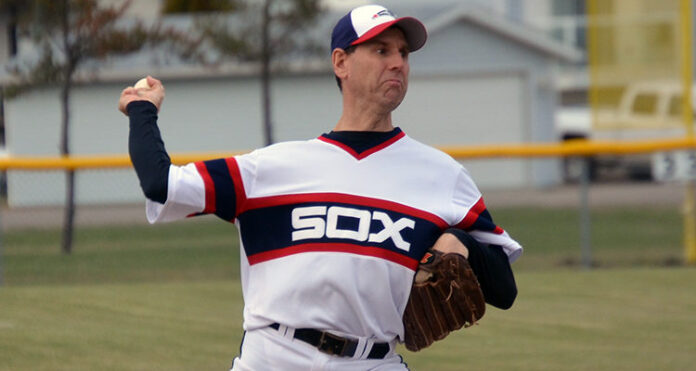 When the Meadow Lake Senior White Sox step onto the field in Davidson, SK for the ‘AA’ Tier 4 provincial playoffs this weekend they’ll have a 2019 MVP among their ranks.

“The tournament takes place in a different part of Canada every year,” Weran explained. “Last year it was in Charlottetown, P.E.I. This was my fifth year competing at the tournament as a member of the Carnduff team and the third time we have won the ‘B final. We’ve never won the ‘A’ final.”

Weran got involved with the Barons a few years back when fellow local baseball enthusiast Regan Beck was invited to play by his brother, Blair.

“Regan’s brother lives in Carnduff and invited Regan, myself as well as Chris Ellis to play one year,” he said. “Since then, Blair has gone on to focus more on coaching while Regan and Chris are also no longer involved. But, I decided to stick with it.”

Weran said his decision to return each year came as a result of both his love for the sport and the opportunity it provides for him to play alongside and against fellow players and teams he would normally not have a chance to meet.

“There are four divisions based on age,” he noted. “I’m in the 35-plus division and some of those guys can really play. These are guys who were great players when they were younger and who still have what it takes at 35, 37 and even 40 years old. It’s also a very well-run tournament.”

As for the MVP award, which was presented to Weran following Monday’s final, he said it was simply the icing on the cake for what was already an amazing experience.

“It was nice to be recognized for my contribution to the team,” he said.

Weran pitched in three of the four games his team competed in. He’s also expected to be on the mound when the Senior Sox attempt to gain a 2019 provincial championship Aug. 9-11.

“Provincials always land on the weekend following the Oldtimers event,” Weran said. “We play Davidson, the host community, Friday and then have two games Saturday – one against North East and the other against Rosetown. We like our chances because this is a smaller tournament. The potential of only having to compete in four games helps, especially when a team has a little less pitching depth. We’ve faced two of these three teams before – we defeated Rosetown and lost to North East, but we’ve never met Davidson before. It should be an exciting weekend.”