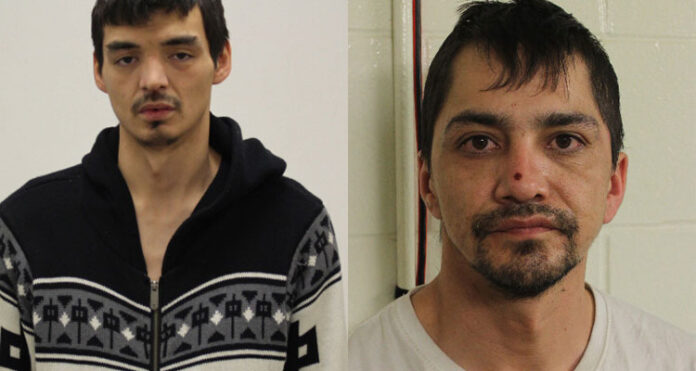 On Aug. 28, Loon Lake RCMP were able to intercept a stolen vehicle travelling through the area containing a significant amount of stolen property and firearms.

The female has been remanded into custody and RCMP are working to trace back the stolen property and return it to the owners.

Stemming from this investigation, Loon Lake RCMP are asking for the public’s help locating two males believed to be involved.

Danny Weeseekase, 36, of Loon Lake is wanted for: dangerous operation of a motor vehicle; weapons trafficking; trafficking crystal meth and trafficking in property obtained by crime.

Billy Cardinal, 24, of of Buffalo Narrows is wanted for obstructing a police officer.

Anyone with information on the location of the two males is asked to call the Loon Lake RCMP detachment or Crime Stoppers.