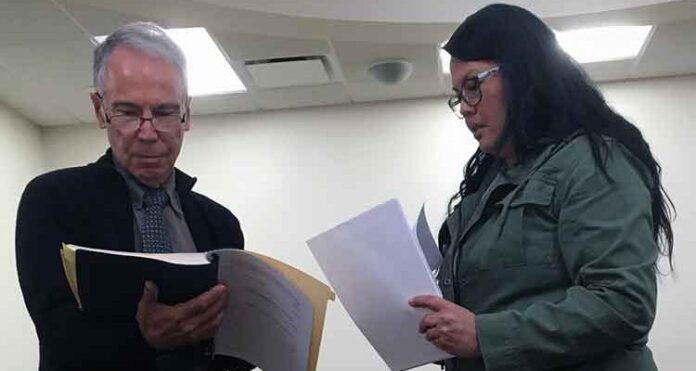 The future of Cole Bay’s municipal council is now in the hands of a provincial court judge.

Judge Lloyd Stang is expected to deliver a verdict some time in early November following a two-day hearing this week to argue whether or not Cole Bay mayor Nadine Couillonneur, along with councillors Shirley Couillonneur and Ruby Couillonneur should be ejected from office based on a failure to adhere to conflict of interest rules.

“We’re very comfortable at the end of the day we were able to get all the proper evidence in front of the court that would allow the court to decide the mayor and these two councillors did not vacate their seats,” remarked Couillonneur’s lawyer, Ron Cherkerwich following the second day of testimony which wrapped up around 7 p.m. Tuesday (Oct. 22).

In June 2018, a recommendation by Ombudsman Saskatchewan was received by the Hamlet of Cole Bay council resulting in a decision on that group’s part to disqualify the three members in question. According to the findings of the Ombudsman’s investigation, Couillonneur, along with aldermen Ruby and Shirley Couillonneur (the mayor’s cousin and mother, respectively), were in conflict when they moved for the appointment of another family member to represent the community on the Primrose Lake Economic Development Corporation (PLEDCO) board of directors. Instead of rehiring long-time director and Cole Bay resident Aldina Bouvier whose term had expired, the board position ultimately went to Camellia Couillonneur, the mayor’s sister. The report also stated the Couillonneurs were in conflict of interest when members of their family were appointed to the community’s fire suppression crew, and suggested the trio immediately resign and not be eligible to be nominated or elected in any municipality for 12 years. The remaining council members voted in favour of this at the June 18, 2018 meeting. Cherkerwich, however, argued the three should still be considered sitting council members because they did not resign willingly (although Ruby Couillonneur did at a later date), and can therefore not be kicked out of office unless it’s ordered by the court.

During the first day of the hearing Oct. 21, lawyer Ben Partyka, representing the village, attempted to convince the court of the Couillonneur’s failure to respect conflict of interest rules by having acting Cole Bay clerk Delphina Bouvier review past council minutes from January 2017 to use 2018 and confirm the various times the three did not leave the room when certain items were discussed and how they voted on matters that benefited members of their family. Partyka also had Bouvier identify a number of cheques endorsed by the mayor for various purchases for which receipts were never provided.

During cross examination, however, Cherkerwich argued – since there have been no council meetings for more than a year’s time (since the June 2018 motion to disqualify the Couillonneurs there has been no quorum so council meetings have not taken place) – no motions could have been made to allow Bouvier to issue any further cheques on behalf of the municipality. But, this proved to still be happening as Cherkerwich pointed out a number of cheques issued by Bouvier for various expenses as recently as September of this year including more than $15,000 to retain the services of Partyka.

“The judge has said he doesn’t expect this to be a very long judgement,” Cherkerwich said. “There are only certain means by which a council seat can be vacated – willingly, death, insanity, if the person moves away from the community or if they are taken out by the court. If these council seats had been vacated, there’s a law in place that states a by-election must be called within six months of any vacancy.”