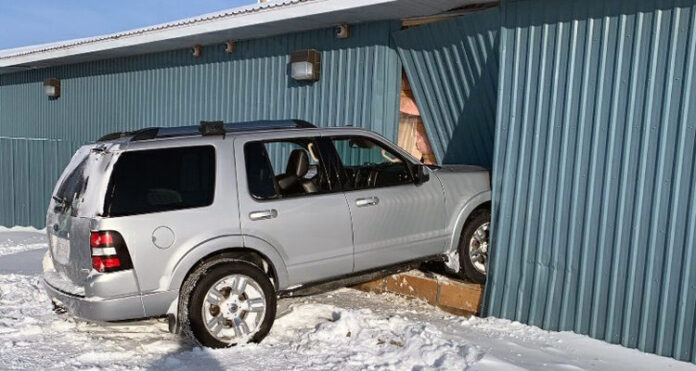 On Jan. 18, Loon Lake RCMP received a report from the Pierceland detachment area of a suspicious male in a farm yard driving a grey SUV.

An officer from the Loon Lake detachment located a vehicle that matched the description of the SUV on Highway 26 north of Loon Lake. The officer attempted to stop the SUV, but it accelerated away in response. The vehicle and the male were seen at a gas station at Makwa Sahgaiehcan First Nation a short while later. The officer pulled in behind and arrested the male driver from the SUV.

While escorting the handcuffed male to the police truck, the officer was struck from behind by a female passenger. The officer took the male to the ground to keep control of him. Meanwhile, the female ran back to the grey SUV and armed herself with a machete. The female entered the driver’s side of the SUV and accelerated at the officer who was still on the ground. The officer was able to move himself and the male to safety. The female then tried to turn around and accelerate at the officer again before losing control of the vehicle and colliding with the side of the gas station, causing significant damage.

Officers from the Prince Albert Crime Reduction Team, nearby detachments and EMS attended the scene to assist.

The officer was able to arrest both individuals without injury. The officer did not sustain injury as a result of this incident as well.

A subsequent search of the SUV resulted in the seizure of bolt cutters, multiple knives, a machete, six rifles, three semi-automatic handguns with five loaded magazines, bags of ammunition, a revolver, a black ski mask and leather gloves.

The male and female have been identified as Stephane Joseph Leclerc, 50, and Jolene Nicole Sinclair, 35. Both have been charged with multiple offenses and will be remanded to appear in court in Meadow Lake Jan. 20.