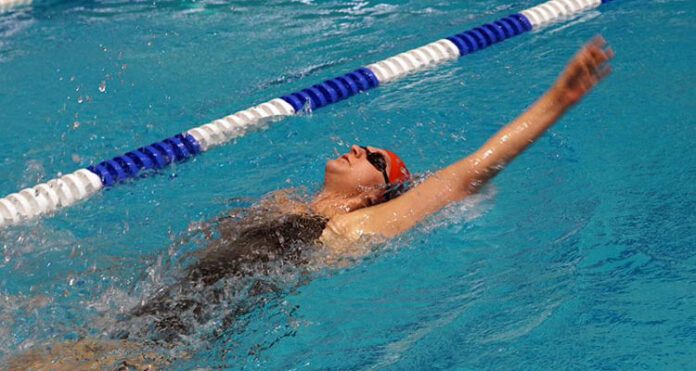 COVID-19 has dashed the hopes of every Olympic and Paralympic hopeful this year, including those of former Meadow Lake resident Nikita Ens.

“Mentally, the pandemic presents challenges in focusing solely on swimming,” Ens said. “But, it also brings a good perspective-check.”

Ens, who now lives in Saskatoon and is a member of the Saskatoon Lasers Swim Club, was scheduled to take part in Paralympic trials March 30 to April 5 in Toronto. Earlier this year, she finished seventh overall in the 100-metre freestyle at the World Para-swimming championships in London, England and, depending on her placement at the trials, Ens could also have earned a spot on Team Canada at this year’s Paralympic Games in Tokyo, Japan. However, the trials and Canada’s involvement in the Paralympics and the Olympic Games were called off when, earlier this week, the Canadian Olympic Committee and Canadian Paralympic Committee issued joint statements saying they refused to send their teams to Tokyo unless their respective Games were pushed back a year. The Tokyo Olympics were originally scheduled to start July 24 and the Paralympics were slated to follow Aug. 25.

“While we recognize the inherent complexities around a postponement, nothing is more important than the health and safety of our athletes and the world community,” reads the COC’s statement. “This is not solely about athlete health — it is about public health. With COVID-19 and the associated risks, it is not safe for our athletes, the health and safety of their families and the broader Canadian community for athletes to continue training towards these Games.”

While IOC president Thomas Bach said Sunday there would be a deadline of four weeks to determine the fate of the Games, it was announced Tuesday (March 24) the Olympics and Paralympics would be postponed until 2021. According to a statement from the International Olympic Committee, the games “must be rescheduled to a date beyond 2020, but no later than summer 2021, to safeguard the health of athletes, everybody involved in the Olympic Games and the international community.”

What Ens’ role, if any, by that time remains unknown at this point.

Ens, the daughter of Meadow Lake’s Rod and Monica Ens, earned a provincial track and field championship for Carpenter High School in 2006 in the senior girls shot put event. She was also a regular swimmer and even served as a lifeguard at the Meadow Lake Aquatic Centre before a motor vehicle collision just outside Meadow Lake on Highway 304 in February 2014 left her confined to a wheelchair.

“Saskatoon pools are closed until further notice, so the Lasers Swim Club encourages solo dry-land training such as strength training, arm bike cardio, healthy diet and mental health,” Ens concluded. “I’m thankful they boldly made the tough call, considering both the present and the future.”