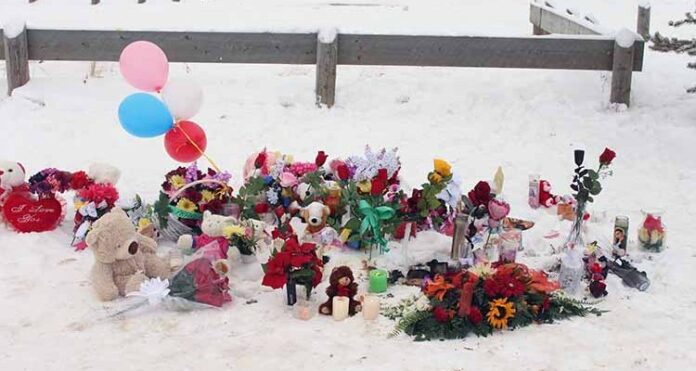 Those were the words of Aaron Fox, the defence lawyer for the La Loche shooter, in response to a failed attempt to have the Supreme Court of Canada hear his client’s appeal.

“He pleaded guilty, but the issue then arose as to whether or not he should be sentenced as a youth or as an adult,” Fox remarked during a recent interview with Northern Pride. “The trial judge (Judge Janet McIvor) originally sentenced him as an adult, which is a decision we wanted to appeal.”

Fox went on to say, although there was one dissenting opinion at the Saskatchewan Court of Appeal, it wasn’t enough to allow for the appeal to go ahead.

“There was some strong dissent to the initial judgement by the Court of Appeal’s Justice (Georgina) Jackson who felt the trial judge was in error when my client’s sentencing was handed down,” he continued. “But, it’s over now. There will be no further movement with regard to this matter.”

With the appeal attempt rejected, it also means the shooter – whose identity was initially protected via a publication ban – can now be named. On Jan. 22, 2016, Randan Fontaine – now 22 years old – was only weeks away from his 18th birthday when he shot and killed his cousins, Dayne and Drayden Fontaine. Their bodies were discovered in their La Loche home, while – around the same time – Randan Fontaine made his way to the nearby La Loche Community School where he opened fire, killing teacher Adam Wood and teacher’s aide Marie Janvier. Seven others – including students and staff – were injured as a result of his actions.

The shooter was subsequently arrested and later pleaded guilty to two counts of first-degree murder, two counts of second-degree murder and seven counts of attempted murder. On Feb. 23, 2018, McIvor announced her decision to sentence Fontaine as an adult, stating at the time the gunman had planned his actions in a sophisticated manner. She also commented on the impact the shootings have had on the lives of survivors and on the community of La Loche as a whole.

“Obviously this was a horrific offence, but when determining if someone should be sentenced as a youth or an adult, there are two different phases that come into play,” Fox explained. “The first is to take into consideration the individual’s age, level of maturity, cognizant ability and so on. That hurdle must be cleared first before considering the seriousness of the offence itself. We feel the trial judge was so focused on the seriousness of the offence that she never properly assessed everything else first.”

During a 2017 sentencing hearing, Fox argued Fontaine’s actions were the result of serious cognitive issues and severe developmental issues, primarily based on the opinion of a medical expert who diagnosed the shooter as suffering from fetal alcohol spectrum disorder (FASD).

“We were really hopeful the court of appeal would look at it this way, but that did not happen and they never give a reason for how and why they make their decisions,” he added. “So, this ends it.”

At the time of McIvor’s original decision back in 2018, La Loche mayor Robert St. Pierre described the entire process as emotional for members of his community.

“No one was sure which way the decision was going to go, but – when we finally learned he is going to be sentenced as an adult or why the judge felt she couldn’t sentence him as a youth – there was such a huge sense of relief,” St. Pierre said at the time.

Northern Pride reached out to St. Pierre for further comment in light of the recent news, but he did not respond to requests for an interview by this week’s news deadline.

Fox, meanwhile, said this is a tragic case that, if anything, served to expose some real deficiencies within the system.

“This young man was diagnosed as really needing some sort of help going back as early as when he was in Grade 1, but, unfortunately, the North didn’t have the resources in place to help him deal with the problems he had and it’s my personal feeling this lack of resources still exists to this day,” he said.