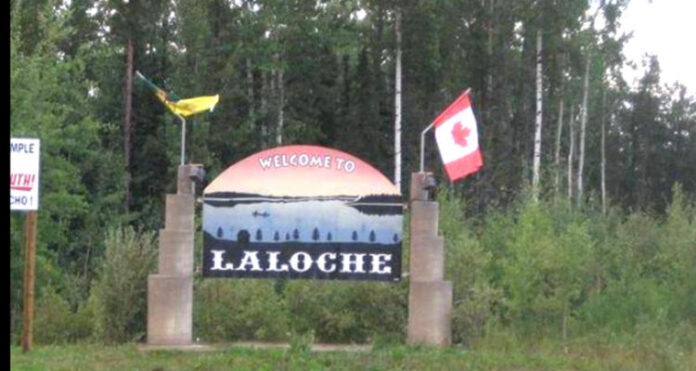 This past weekend, six cases of coronavirus were confirmed in that part of Saskatchewan’s North, but, at that time, officials felt things were mostly under control.

“We do have six cases of COVID-19 here in our communities – one on the reserve and the rest in town,” confirmed CRDN chief Teddy Clark when interviewed early in the week. “One of the elders in the local long-term care facility who tested positive has since been medevaced to North Battleford as a precautionary measure. The last I heard he was doing well and is not showing any symptoms, but it was important to have him close to a hospital setting just in case. The other five are currently in quarantine. We’ve been supplying them with whatever we can to make them as stress-free as possible, but they are slowly recovering and are still in good shape.”

On April 18, the province announced three new confirmed cases and three new presumptive cases of COVID-19, which included the La Loche area cases. By this week’s news deadline, however, the Northern Village of La Loche – via its official Facebook page – confirmed that number had doubled.

Prior to this, the village had already been encouraging residents to work together to stop the spread.

“We need to work as a community to stop the spread of the virus,” an earlier post read. “To do this, we need you and your family to stay home as much as possible; limit your shopping to what you need and try to limit it to once a week with just one family member doing the shopping. Do not gather with anyone outside of your home. Interactions with anyone may inadvertently lead to the spread of COVID-19.”

Meanwhile, to also help control the spread of COVID-19, Clark said he has joined forces with Métis local president Leonard Montgrand and La Loche mayor Robert St. Pierre to share ideas on what needs to be done to keep residents healthy and safe.

“We have our emergency response team working on a pandemic plan, and we’ve also instituted a checkpoint along Highway 155 just outside of town,” he said.

The communities have also recently implemented a curfew. No one is allowed out of their homes between 10 p.m. and 7 a.m. Also, local residents working in Fort McMurray, where there was a recent outbreak of COVID-19, have been told – when they are given the OK to return home – they must self-isolate.

“People have been very good about following all of these protocols,” Clark said. “Our local business community has also been good about promoting social distancing, as well as sanitizing everything. We’re only going to come out of this if we all work together.”

There has also been a service reduction at the La Loche Health Centre due to staff shortages. There will be no admissions to the facility at this time. Patients needing hospitalization will be redirected to another Saskatchewan Health Centre. If they have a critical health issue, however, they can still go to the emergency room for medical attention.

Northern Pride reached out to Robert St. Pierre for comment, but he did not return interview requests by this week’s news deadline.

Four cases of the COVID-19 virus have been confirmed in English River First Nation. The positive test results were received April 20 and mark the first confirmed appearance of the virus in the community.

The infected were already under self-isolation as they waited for the results of their tests. They will continue to isolate for at least 14 days under the supervision of public health officials.

The declaration allowed for the initiation of their Pandemic Planning Committee and the introduction of strict measures to prevent the spread of the virus into the community.

“Infectious diseases do not discriminate. We have seen that around the world and, despite our best efforts, it has made its way into our community,” said ERFN councillor Katrina Maurice. “Now, we must contain the virus as best we can and we need everybody’s help to do that. We were taught to love our community in sickness and in health. Let’s start there.”