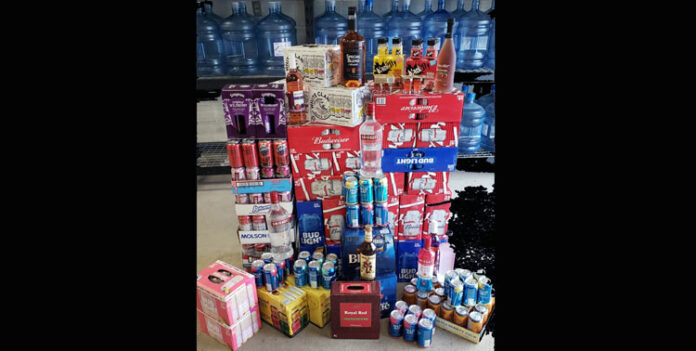 On May 20 between 7 and 10 p.m., officers from the La Loche RCMP detachment were stationed on Highway 155 just south of the town limits and north of the provincial check stop. The RCMP stationary roadside check stop was put in place to locate impaired drivers and prevent the illegal possession of drugs and alcohol.

Officers received information that some residents from La Loche were travelling south from La Loche to purchase beverage alcohol and were transporting it to the La Loche area for resale. Further information received from several sources in the community stated that a 24-pack of beer resold for more than $200.

A number of vehicles were stopped under the provisions of The Saskatchewan Alcohol and Gaming Regulations Act and the The Traffic Safety Act. If there was enough evidence for officers to investigate further, officers conducted searches of the vehicles. As a result of the check stop, officers seized a large amount of liquor, coolers, and beer from five vehicles, which included the following:

Charges have been laid against three people under Sec. 138(1) of The Saskatchewan Alcohol and Gaming Regulations Act.