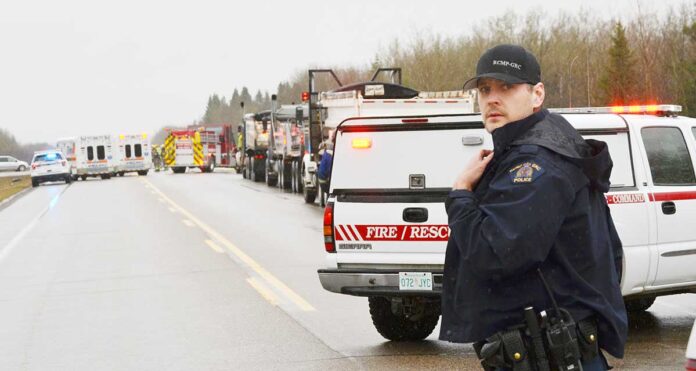 The man killed in last Friday’s (May 8) two-vehicle collision on Highway 55 has been identified as 44-year-old Clayton Laliberte of Mistawasis First Nation.

The crash, which was reported around 9:30 a.m., occurred about 10 kilometres east of Meadow Lake and involved two pickup trucks.

“It was just east of Meadow Lake by the weigh station,” remarked Cpl. Rob King of the RCMP’s media relations department in Regina. “One of the trucks attempted to pass a semi and struck the other pickup truck head on.”

Laliberte – the driver of the truck police say attempted to pass the semi – was killed, while his passenger – later identified as Laliberte’s brother, Emile Laliberte – as well as the lone occupant of the second pickup truck – confirmed as being Meadow Lake resident Terry Stephenson, a driver for Marsollier Petroleum – were injured and taken to hospital.

The highway was closed to traffic in both directions and did not reopen for several hours.

Meanwhile, Clayton Laliberte’s funeral is scheduled for Thursday (May 14) in Beauval.