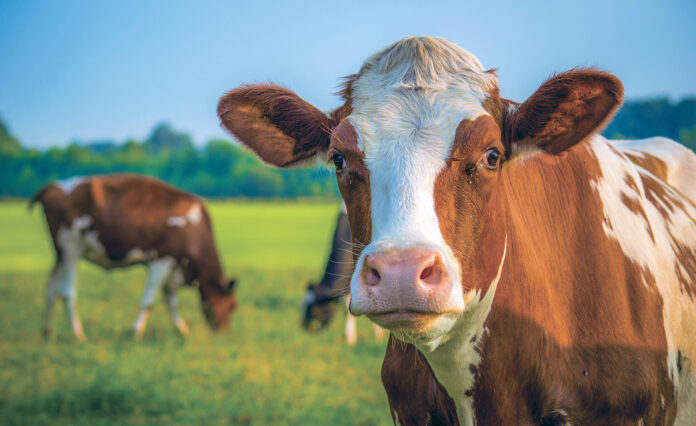 As the old saying goes, what goes up must come down.

According to Dorintosh area rancher Don Campbell, the high water on the Beaver River is starting to decrease, a good sign, he added, after near-record flooding impacted the entire region in recent weeks.

“The last time we saw flooding this bad was in 1997 – 23 years ago,” Campbell remarked. “This time the water rose about two or three feet higher than it did in ‘97, covering a huge area of land from Pierceland all the way to Green Lake. It’s affected all the rivers, as well as the creeks that feed out of this river.”

Campbell, who has about 700 cattle on his land, said he, like many other ranchers in the area, have been able to manage whether it’s by having extra hay on hand to feed their herds or taking the necessary steps to move the animals to higher ground.

Campbell’s property, meanwhile, is normally protected from high water thanks to the presence of a dike which was installed in the 1960s. However, that dike was breached both in 1997 and again during the recent flooding.

“The purpose of the dike is to help protect the land from high water, but when it gets as high as it has been this year, there isn’t much it can do,” Campbell said. “The good news, though, is the water is going down. It’s already decreased by about three feet, and it’s been dropping quickly.”

Much of what Campbell said was also shared by the Water Security Agency in a recent news release. The WSA also noted other parts of the province are also in store for their fair share of high water in the coming weeks.

“The high flow event making its way down the Beaver River is resulting in increasing flows below Green Lake,” the WSA noted.

Meanwhile, Meadow Lake Livestock Sales will be the site of an outdoor meeting this evening (July 2) during which area ranchers will have an opportunity to share their concerns about the flooding and talk about possible solutions going forward.

“We’ll be talking about flooding issues and coming up with ways to lobby the government to see if anything can be done to help ranchers out,” Campbell said. “A lot of ranchers lease land along the river, so it will be interesting to see if they can get a reduction in lease fees (because of the flooding).”