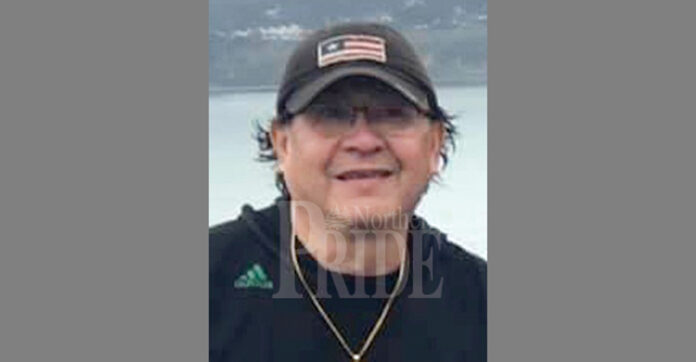 “This has been a long time coming.”

“A few years back, some allegations (of fraud) were made against the accused,” Clark explained. “I was a sitting band councillor at the time… When elected chief, I made it known this situation was one that definitely needed to be looked into.”

The La Loche RCMP were initially made aware of the alleged fraudulent activity committed by Cheecham six years ago. This activity is said to have taken place between 2008 and 2011. The Prince Albert RCMP General Investigation Section and the La Loche RCMP detachment conducted a thorough investigation, which included numerous interviews and a forensic audit. The audit revealed more than $1-million in losses to the Clearwater River Dene First Nation.

“Many CRDN members were interviewed throughout this entire process,” Clark continued. “It turns out there was a lot of duplicate invoices, a lot of findings that were not proper and just enough red flags to make us realize something wasn’t right. A number of the CRDN members were interviewed and asked if they received their share of the financial assistance in question, and they all said they hadn’t and they knew nothing about it.”

As a result of the investigation, Cheecham, 61, of La Loche has been charged with fraud over $5,000 under the Criminal Code of Canada. He is scheduled to make his first appearance in La Loche provincial court Sept. 21 at 10 a.m.

“It took a few years for everything to come together and for all the necessary information to be compiled, but it was important to make sure everything was kosher before taking this matter to the Crown,” Clark said. “A lot of people were asking what was happening with this and how things were coming along, and some people even felt it had been swept under the rug. It wasn’t. We just had to do our due diligence… What this shows is accountability by our First Nation and that we are doing things the way they should be done.”

Cheecham served as band manager at CRDN for a number of years prior to being dismissed in 2014 when the investigation into his alleged actions was launched.