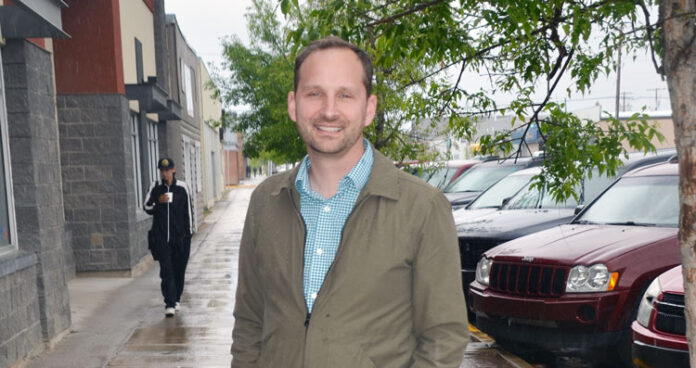 Saskatchewan’s NDP leader promises a candidate for the Meadow Lake riding will be coming soon.

In a recent interview with Northern Pride, Ryan Meili said there is a candidate and her name will be released in the near future.

“She still needs be nominated officially, but we’ll let you know about that as soon as we are able to,” Meili said. “But, we do have a candidate who is from Meadow Lake and somebody who I am really excited about. I wish I could tell you everything today, but it will have to wait until she is allowed to announce her intentions publicly.”

The Meadow Lake riding is currently represented in the Legislature by Sask. Party MLA Jeremy Harrison who has already announced his intentions to seek re-election. Meanwhile, the only other candidate in riding thus far is the Green Party’s Carol Vandale.

“The riding has been represented by Mr. Harrison for a number of years and he is not somebody who spends a lot of time up there, not someone who I’m hearing very positive opinions about,” Meili continued. “That’s because his particular approach to politics and that of the Sask. Party. He was one of the main people behind the big cuts the Sask. Party made in recent years including cuts that eliminated the bus service to Meadow Lake through STC.”

Meili also said, based on what the provincial finance minister has said, this will continue to be what lies on the road ahead.

“There will be further cuts to health, to education, more sell offs of the Crowns that are so important to keeping our province strong,” he said. “We’re committed to investing in people and to putting people first and to help people get through what has been a difficult time.”

Meanwhile, in the Cumberland riding, veteran NDP MLA Doyle Vermette will be back on the ballot again. The other candidates in that riding thus far include the Sask. Party’s Dean Foster. And, in the Athabasca riding, long-time NDP MLA Buckley Belanger will also be up for re-election. To date, his fellow candidates include the Sask. Party’s Kelly Kwan and the Green Party’s Leroy Laliberte.

“We’re really happy to have Doyle back for Cumberland and Buckley back for Athabasca,” Meili noted. “Both have been around for quite a few years and have been working very hard. The only reason we hear about northern issues in the Legislature is because they serve as the voice of the communities they represent, and they push us all to do better. If it weren’t for the NDP, we would never hear about northern issues or issues facing First Nations or Métis people, because it’s just not an area of interest for the Sask. Party. Having those dedicated, experienced MLAs has been very important.”

The 2020 provincial election is scheduled for Oct. 26. To date, few, if any, ridings in the province – including Meadow Lake, Athabasca and Cumberland – have had a Liberal candidate come forward.

“The Saskatchewan Liberal Party has really fallen on hard times,” Meili said. “They recently lost their leader just a couple of weeks ago (earlier this month, Naveed Anwar stepped down as the party’s leader). I don’t think they will be running very many candidates for very many seats in the province.”