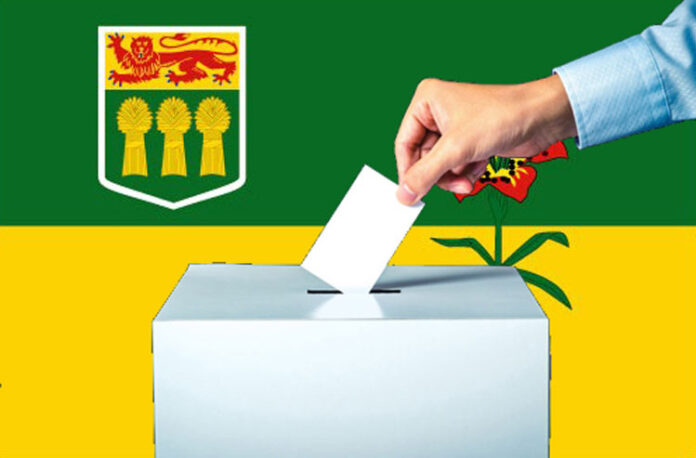 With less than a month to go before voters head to the polls, Lt.-Gov. Russ Mirasty – at the request of Premier Scott Moe – dissolved the Legislative Assembly Tuesday (Sept. 29) and issued a proclamation directing the issuance of the Writs of Election commencing Saskatchewan’s 29th General Election.

“Over the next four weeks, the Saskatchewan Party will outline our plan for a strong recovery and a strong Saskatchewan,” Moe remarked. “It’s a plan for a growing economy and a growing province. It’s a plan to make life more affordable for everyone. And it’s a plan that will see our budget return to balance by 2024.”

With the writ drop, it means individual candidates can now start campaigning in an effort to secure the support they need in their respective ridings. While in the Meadow Lake riding, incumbent Sask. Party MLA Jeremy Harrison and the Green Party’s Carol Vandale had already been announced as seeking the position, NDP leader Ryan Meili said recently a viable candidate for his party would also be announced soon. That announcement came over the weekend as Meadow Lake’s Harmonie King added her name to the ballot.

“I was born and raised in Meadow Lake,” King noted. “I have spent time in many communities within this constituency, not only on a personal level but work related. I chose to run as a candidate for the Meadow Lake constituency because I’ve heard people’s concerns. People are tired about hearing, witnessing and experiencing the same key issues within the communities. These concerns are important, and I am advocating for all peoples voices and concerns to be heard.”

Meanwhile, in the Athabasca riding, incumbent NDP MLA Buckley Belanger is seeking re-election as he goes up against the Sask. Party’s Kelly Kwan and the Green Party’s Leroy Laliberte.

In the Cumberland riding, NDP incumbent Doyle Vermette is being challenged by Dean Foster of the Progressive Conservative Party of Saskatchewan and Sask. Party candidate Darren Deschambeault.

As of this week’s news deadline, few if any Saskatchewan Liberal Party candidates had been announced, primarily because of the recent resignation of party leader Naveed Anwar. This is something the party’s new interim leader, Robert Rudachyk, hopes to change.

“I am actively looking for people interested in running under our banner right now,” Rudachyk told Northern Pride. “I was thrown into this rather suddenly, but will do my very best to locate and recruit suitable candidates for the different ridings throughout the province.”

“We want to change SaskPower and offer farmers on every farm, ranch or First Nations reserve the opportunity to harvest energy as a cash crop,” he added. “In 10 years we are legally required to shut down the coal plants and we’re still at least 20 years away from the nuclear reactors Mr. Moe is touting.”

Election day is Tuesday, Oct. 26. More details can be found at www.elections.sk.ca.