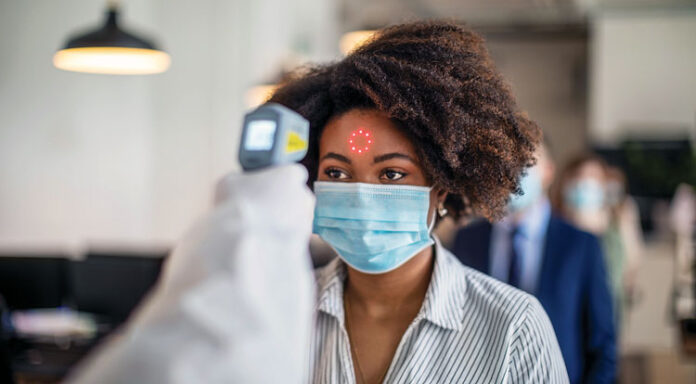 According to the latest numbers provided by provincial health officials, approximately one in every 120 people in the Far Northwest is actively COVID-19 positive.

“The numbers are what they are, but there’s a lot of fear and panic from communities in the North when it comes to COVID-19,” remarked Beauval mayor Nick Daigneault. “This is especially true when it comes to those people who are in an active case situation right now and on the spectrum end of having it really hard, meaning they’re hospitalized or they are going through a rough time battling their illness at home. A lot of people are hearing about those stories now and are becoming a little more panicked than normal, especially during what is currently the regular flu season.”

Daigneault went on to say the entire COVID-19 situation continues to take a toll on a lot of people’s mental health, possibly even more so as of late with the impending arrival of Christmas.

“For a lot of people it has really deterred their plans for December – Christmas shopping, taking the family south to take part in all the annual things families do,” he said. “Some aren’t willing to let fear dictate their lives, which is fine as long as they are careful, wash their hands, mask up and do everything they need to do, but that’s only a small percentage. A lot of people have opted to stay home this year for what I am calling a COVID Christmas.”

In an effort to combat the increasing number of COVID-19 cases Canoe Lake Cree First Nation went into lockdown mode as of 6 p.m. yesterday. Daigneault also said Cole Bay has opted to reintegrate its checkpoint outside the village, but other places such as Beauval and Ile-a-la Crosse have chosen not to.

“We find checkstops put a real toll on people’s mental health when they feel they are locked in their community and they don’t have the freedom to even drive around freely at night and enjoy the many privileges they are used to,” he said.

As for the Far Northwest’s Sub-zone 2 – which includes Meadow Lake – there were 54 active cases as of this week’s news deadline. The total population of this zone is 17,907.

Meanwhile, the ongoing increases throughout the Far Northwest, along with continued restrictions being imposed by the government, has resulted in an important decision by the Northern Lights School Division. In a letter to parents and families dated Dec. 1, NLSD director of education Jason Young announced all schools throughout the division will be implementing Level 4 of the Saskatchewan Safe School Plan which means a transition to mandatory remote learning. This will take effect Jan. 4 and will remain in place until the tentative date of Jan. 18.

Also, the continued increase in COVID-19 cases has also resulted in the enforcement of certain restrictions at English River First Nation. The band recently reached out to its members to make it clear non-residents will no longer be allowed in the community, including at both ERFN and the La Plonge reserve. Essential workers/contractors must get permission to enter the community, while residences are limited to five people only and vehicles to only three people at a time.

And, in Meadow Lake, the pandemic is continuing to pose a problem for some local businesses including the Nor’Wester Motor Inn. On Dec. 1, Tammy Edwards, who owns the business alongside her husband, Dean, announced Nor’Wester would be temporarily closing its kitchen as of Dec. 5.

The Milltown Sports Bar, hotel and off sale service remain unaffected at this time, and Edwards said the plan is to reopen the kitchen Jan. 4.