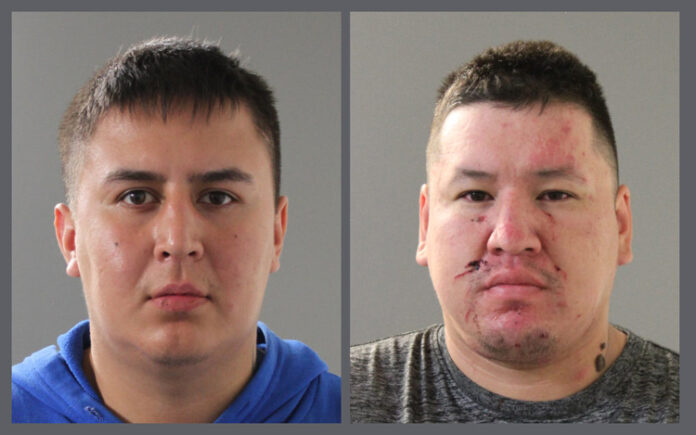 The Saskatchewan RCMP is seeking the public’s assistance in locating two adult males who are believed to be involved in the recent shooting incident on Cochin Avenue in Meadow Lake. The shooting occurred Jan. 4.

In the early morning hours that day, a 29-year-old male was shot at several times while parked in a vehicle on Cochin Avenue.

The driver was struck once and suffered serious injuries. There were two other occupants in the vehicle who were unharmed. The vehicle was stationary at the start of the shooting and was put in motion during the incident. The car struck a nearby power pole during the incident, caught fire and was heavily damaged.

Meadow Lake Fire and EMS attended to the scene along with RCMP.

At the time of the incident and from the evidence gathered to date, it is believed the male was the target of the attack. This was not a random incident and the general public is not at risk.

Since then, the Saskatchewan RCMP have obtained warrants of arrest the for the two adult males.

Jonathan Shane Walter Iron, 33, of Meadow Lake is described as being 6’1’” tall with a heavy build, and brown eyes; while 20-year-old Christopher Michael Nolan of Meadow Lakeis 6’0’’ with a slim build and brown eyes. He is known to frequent the Lloydminster and Edmonton areas.

Anyone with information that could assist police in locating Jonathan Shane Walter Iron and Christopher Michael Nolan is encouraged to contact Meadow Lake RCMP by calling 306-236-2570 or call your local police service. Information can also be submitted anonymously to Saskatchewan Crime Stoppers by calling 1-800-222-TIPS (8477) or submitting a tip online at www.saskcrimestoppers.com.