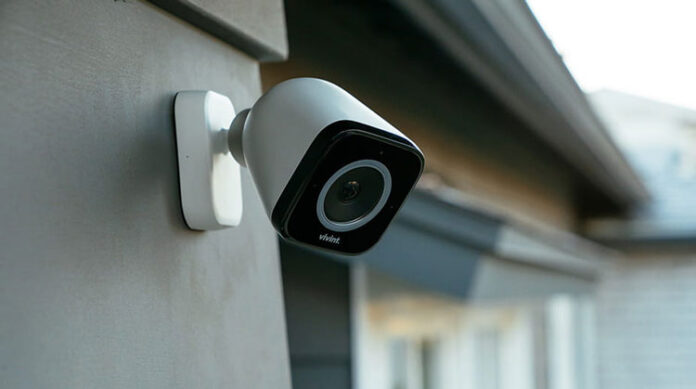 When it comes to solving crime, the Meadow Lake RCMP wants all the angles covered.

That’s why the police, in cooperation with the City of Meadow Lake, is encouraging more residents and businesses to register their outdoor security cameras with the city. According to S/ Sgt. Ryan How, this will allow for even more resources for police to draw from when it comes to RCMP investigations.

“The City of Meadow Lake has been looking into different options and initiatives for some time,” How explained. “It was discussed in depth at a meeting between RCMP and city council in January. A recent serious investigation, meanwhile, relied almost exclusively on private cameras and security systems. The investigators were able to put together a timeline of events and tie suspects to specific vehicles because of access to the security cameras at various points in the city.”

How went on to say, if there is a registry, RCMP would be able to simply look up who may have a camera in a certain area and make an inquiry with them to see if it captured evidence.

“There are a lot of misconceptions about working with the police in these situations,” he said. “First, we will not take the system, the hard drive or the camera. We will ask the footage be downloaded onto a drive provided by the police. There is no cost to the owner. Second, the owner of the security camera will not be required to testify or appear in court.”

Instead, an RCMP officer seizes the footage on the drive and will testify to that.

“It’s a common question we get and we want to make the public feel safe and assure them it would be only in rare exceptional circumstances they could be considered as a witness in court,” How added. “The RCMP will simply get in touch with the owner and ask to view the footage at a certain time relevant to the investigation.”

Property owners can register their security cameras with the city or gain more information by calling 306-236-0213 or visiting meadowlake.ca and searching ‘cameras’.

“We initially included the security camera registry along with the distribution of solar lights as part of the ‘Eyes That Care’ program we launched in May 2019,” stated city manager Diana Burton. “This program was modelled after the City of North Battleford’s initiative. While we didn’t have a lot of uptake for the program at that time, the RCMP has recently expressed an interest in promoting it again due to the value of security camera footage to them as an investigative tool.”

One local business which recently provided the RCMP with access to its security footage for investigative purposes is McCallum’s Autobody and Towing.

“I don’t have my cameras registered with the city, but I have 4K cameras (outside my shop) and the police know I have them,” owner Travis McCallum said. “Whenever any sort of (criminal) activity goes on anywhere near the shop, the RCMP look at the security camera footage and it helps them learn who it is they should be looking for.”

McCallum believes all businesses should have cameras outside their buildings.

“You need to get the 4K ones because they’re the best quality,” he added. “You can get day vision at night and zoom in to the point where you can pretty much read licence plates… I have them on my house too.”

McCallum’s cameras were recently accessed following a firearms incident on the city’s east side.

“Our cameras saw everything,” he said.

How, meanwhile, restated the importance of having the public work together with the police in battling crime.

“Essentially, working with the police to provide security camera footage is like having a 24-hour community watch program and this (registry) lets police know which areas of the city are covered,” he said.