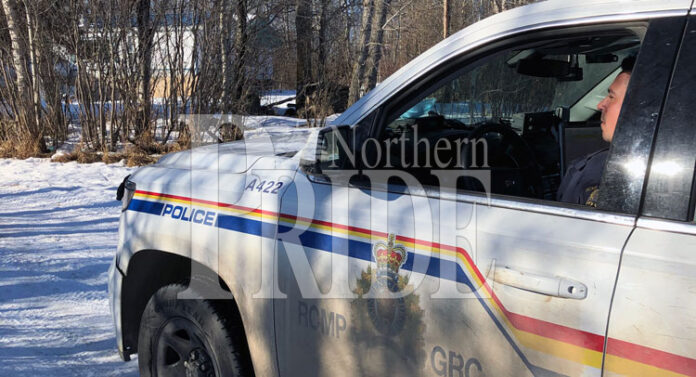 Wednesday afternoon (March 10) at approximately 1:20 p.m., Meadow Lake RCMP received a report of a serious assault that occurred at a location in the RM of Meadow Lake.

The incident, which occurred southwest of Dorintosh at a property located on Range Road 615-A, resulted in major injuries to the home’s occupant. Neighbours have confirmed the victim as James Lepine, who was later transported to hospital by EMS.

The suspect – identified as 28-year-old Jordan Nelson – fled the scene in a vehicle and officers believed he was in possession of an axe. Officers from multiple detachments and units immediately flooded the area looking for Nelson.

At 1:51 p.m. the Meadow Lake RCMP issued a SaskAlert advising the public in the area to not approach Nelson or the suspect vehicle he was said to have been driving.

Nelson, who is Lepine’s stepson, was located and arrested without incident by Meadow Lake RCMP officers shortly before 2:50 p.m. and the SaskAlert was cancelled. The arrest occurred at a property on 1st Street East in Meadow Lake.

The investigation into the initial report is ongoing and further details will be provided as soon as they become available.