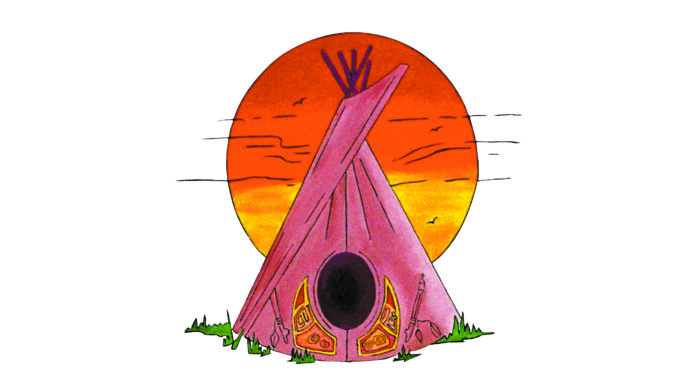 That’s how Patricia Main said she – and likely the more than 200 other participants – felt after taking in the various sessions held online Monday (March 8) in celebration of Indigenous Women’s Day.

“Monday was International Women’s Day, and so we used Facebook to host our own Indigenous Women’s Day event, and had various people take part in an effort to empower our people to help them realize where they came from and where they are going,” explained Patricia Main, Flying Dust First Nation prevention worker and organizer of Monday’s online sessions.

“It was a way of empowering our people and hearing their stories,” Main reiterated. “I believe we had more than 200 participants throughout the whole day and that’s not including the people who shared it. They tuned in and watched, while we also encouraged people to comment so we could see what they took away from the various presentations.”

“Ruby is a lawyer – a real game changer in her generation and in this new era,” Main said.

Also featured throughout the day was Michelle Pexx who spoke about resolving family conflict.

“Michelle shared about conflict resolution and how we can deal with it,” Main continued. “I had a lot of moms comment about how important this particular presentation was because they have young teenagers they are dealing with at home.”

Another guest included Angela Fiddler who shared her story about overcoming poverty.

“She spoke about how she came out of her situation of living on welfare and living paycheque to paycheque, and how she became a voice for Indigenous people,” Main said. “Much like Ruby, she’s also a real mover and shaker, and really empowered and encouraged the women by telling them they can do this too. She stressed education is important, adding there are free courses online, meaning Indigenous women can learn and have their own education. They can realize their goals and embrace their passion.”

Also on the agenda was Marcia Mirasty, who presented on the traditional role of Indigenous women, as well as women in general.

“Marcia spoke about leadership in each and every woman,” Main noted. “Women are leaders in their homes, we have leadership qualities built into us as women. When you came out of from listening to everybody, I’ll say it again, you really felt empowered and encouraged. You really felt you could do anything.”

While the ongoing COVID-19 pandemic resulted in the need for Indigenous Women’s Day to be observed in an online format, Main said the new Facebook page for Flying Dust Health and Wellness has been utilized prior to this by featuring anti-bullying presentations for the recent Pink Shirt Day.

Going forward, the page will feature future livestreams featuring elders, as well as presentations geared toward men, women, child care, parenting, healthy relationships and more. Main also said the page will continue to be used in this fashion when the pandemic is over.

“This is a place where they can utilize some tools, learn some skills in the safety of their own home,” she said.