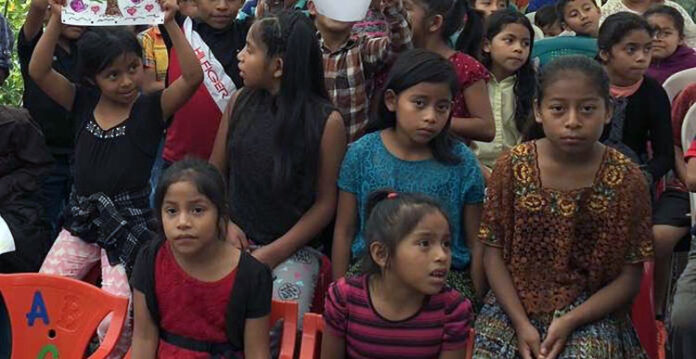 A Meadow Lake youth believes everyone deserves a proper education.

That’s why Mckenna McAmmond, a Grade 12 student at Carpenter High School in Meadow Lake, continues to do her part to raise money for Asociacion Sakombal Pokon (ASOSAP) – a registered, national non-profit organization in Guatemala established in 2004. The name is in the Pokomchi language and means ‘Light of the Pokomchíl.

“About two years ago I went on a mission trip to Guatemala,” McAmmond told Northern Pride. “We stayed with a group called ASOSAP, and – a few weeks ago – I was on Facebook and saw a post from them about their efforts to fundraise in order to give the girls in Guatemala an education.”

McAmmond went on to stress how crucial this is, adding this is what prompted her to take action locally.

“They don’t have as much as we do, obviously, and it’s really important for the girls there to get an education because – typically if a girl doesn’t have an education by age 15 – they will get married and start having kids of their own,” she said. “I wanted to help any way I could.”

In addition to seeking monetary donations for ASOSAP’s cause, McAmmond – along with help from others from her mission team – organized a silent auction that was held via Facebook. The initiative came together rather quickly and McAmmond said its success was more than she could have hoped for.

“We wanted to raise about $5,400 and – with all the monetary donations I have also received so far combined with the proceeds from the silent auction – we’ve raised $5,475,” she noted. “I definitely hit my goal, but would like to raise as much as I can.”

Although the deadline to submit funds to ASOSAP is coming up fast, McAmmond has since teamed up with Cookies on Call – a business in downtown Meadow Lake – which is donating $5 from the sale of certain cookie baskets to the fundraiser.

“We’ll send the money to ASOSAP’s office in B.C., they will convert it to U.S. funds and then donate it on our behalf,” McAmmond said.

McAmmond also recalled her visit to Guatemala and said meeting so many young girls from that country truly inspired her to want to give back when the opportunity arose.

“They gave us so much love and I wanted to return the favour and help them out because I know how important this is to them,” she said. “I messaged the mission team I travelled to Guatemala with to get them on board, while others came up with the idea for the silent auction. We didn’t know if it would work because we only had a certain number of days to get all the donations, but within three days I had about 70 donations from businesses and people around town – it just really came together.”

Anyone interested in donating to McAmmond’s fundraiser can eTransfer her at 306-240-6166, and the money will be transferred directly into a special account.

“On social media a lot of people are saying things like, ‘Good job, Mckenna’, but I want to point out I could not have done this without everybody else,” McAmmond continued. “My whole mission group helped me so much, and all the donations I received are greatly appreciated. It definitely was not just me. I received lots of help throughout it all.”

McAmmond also reiterated the impotence of everyone gaining a proper education.

“Personally, I believe education is the most important thing when you’re young,” she said. “I met so many young girls in Guatemala, and believe they all have potential, and they will go far in life. I just really hope they’ll be able to get an education so they have a better future for themselves, and are not marrying so young. They should have the experience of going to school before moving on with the rest of their lives.”

As for her own future educational plans, McAmmond already has some options in mind.

“I applied to post-secondary for addictions counselling and am on the wait list right now,” she said. “I’m also hoping to maybe go into criminology and addictions, and when I turn 20, I plan to apply at Depot to become an RCMP officer.”