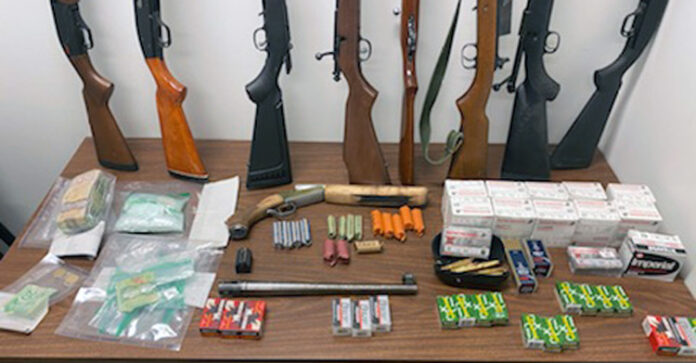 As a result of an ongoing investigation, a search warrant was executed at a residence in Buffalo Narrows March 27 by Buffalo Narrows RCMP and the RCMP Crime Reduction Team. Quantities of what are believed to be cocaine and methamphetamine were located and seized from the residence as well as more than $11,000 cash and 11 firearms.

A warrant has been issued for his arrest. Desjarlais may be in the communities of Buffalo Narrows, Prince Albert or Saskatoon, but this is not confirmed.