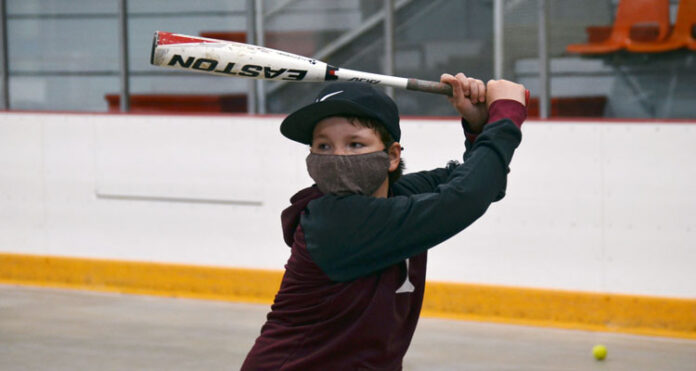 Provincial baseball and softball are ready to make a comeback amidst the ongoing COVID-19 pandemic.

Recently it was confirmed – COVID restrictions permitting – Meadow Lake would host two provincial ball tournaments this summer, a 15U ‘AA’ tournament as well as a U12 ‘C’ Girls provincial championship. The 15U event is scheduled for July 16-18 while the girls softball tournament will take place two weeks earlier from July 2-4.

“This group has hosted in the past,” remarked Meadow Lake Minor Baseball president Regan Beck with regard to the 15U ‘AA’ team. “This is the same group that hosted 13U provincial tournament a few years back. It’s a very dedicated group of athletes and parents, and it was always foreseen they would host again when there was an opportunity to do so.”

The necessary applications for both tournaments were filed last fall and confirmation was received recently.

“We don’t know what level of 15U it will be yet,” Beck continued. “In baseball, they have a ranking system. I would suspect this year we would be hosting ‘AA’ Tier 1, which is the second-highest level of baseball in the province. Last time, when the same group hosted Peewee provincials, it was Tier 2 and we were quite strong in that category… this time we will probably host Tier 1 but we won’t know until they officially announce which tournament we will get. That will probably be in late June.”

As for the U12 girls softball event, Beck described this as an exciting opportunity for the local minor ball organization.

“It’s the first softball tournament we have hosted in my time in Meadow Lake,” he said. “This is the first in quite a few years, so we’re very excited about this. Our girls program has been growing the last several years and this group in particular is a very dedicated group with very strong coaching.”

One of these coaches is Amanda Dufresne.

“Softball is still fairly new here in Meadow Lake, but we’ve grown our program quite nicely and the girls have been really committed,” Dufresne said. “I’m trying to stay optimistic about this tournament actually being able to go forward (in spite of the pandemic).”

Beck, meanwhile, said there are ways to host tournaments and still ensure they are safe events.

“Last year, tournaments were not allowed, but as the province and the country learns so much more about the pandemic, there are ways we can do things and a possibility we could still have these tournaments this summer – we’re hopeful at the very least,” he said.

“This year might be a little different,” she noted. “Usually tournaments like this bring a lot of people to the community, but this year with certain restrictions in place it looks as though they may try to keep the number of teams competing in the tournament low. There won’t be as much of an influx, but it’s always nice to bring people here… it’s nice to have an event that draws people to our community so we can show it off.”

Beck echoed this, stating in a normal year ball tournaments can result in a financial boost for the community.

“Each team has about 10-15 players, usually one or two parents come along for each, and it doesn’t take long to figure out how it benefits the hotels, restaurants, grocery stores, the parks, all these different places,” he said. “I’m also very excited to see more than 400,000 COVID-19 vaccines have been administered. As more vaccines roll out the more things are going to open up.”