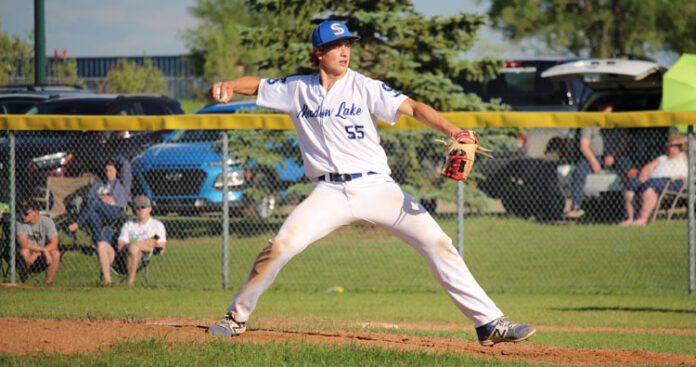 Minor baseball season may be over for Meadow Lake, but the crack of the bat will still be heard at Lions Park later this summer.

July 23-25 will see Meadow Lake host U15 provincial baseball provincials, an event head coach and team manager Regan Beck is looking forward to after a year of ups and downs for the sport because of the COVID-19 pandemic.
“We don’t know for sure yet, but are pretty sure we will be hosting ‘AA’ Tier 1 which is the highest calibre you can be aside from ‘AAA’,” Beck said. “It will be some really high quality baseball.”

As for how the team is shaping up, Beck went on to say he is quite proud of the group of young payers he has on the roster.

“This is the same group we hosted 13U provincials with two years ago when we won the ‘AA’ Tier 2 division,” he added. “We expect big things again this year. It’s a fairly high pressure situation for these young guys, but they’re really excited for the tournament and we’re excited to get there.”

With the lifting of COVID-19 restrictions come July 11, Beck is also hopeful people from Meadow Lake and area will come out and support the team.

“We have a history of hosting some good events here and that’s all related to the people we have around us,” he said “I look forward to seeing everybody at the ball diamonds.”

Meanwhile, Meadow Lake’s U12 girls softball team will also compete at provincials July 24 and 25. Their event will take place in Prince Albert.

“We are off to a great start this season and remain undefeated after our first eight games,” remarked coach Amanda Dufresne. “So far we have come up against Unity, Humboldt, Melfort, Prince Albert, and Muenster. These teams are a mixture of ‘A’ and ‘B’ level teams. As a coach, I am so proud of the development the girls show each time they step onto the shale. You can see their knowledge for the game and their confidence in each other grow with each game. The poise and sportsmanship of our girls is always (present). They are really amazing ambassadors for our community.”

Also expected to take to the diamond for provincials later this month is the Meadow Lake 11U squad coached by Morgan Gutek.

“At this point we aren’t sure where they will be or where we’ll be seated, but once those decisions are made we will plan accordingly and work toward competing at that tournament to the best of our abilities,” Gutek said. “This year’s 11U group is relatively new, with only three returning players from last year’s team. With three age groups to draw from, we have a good mix of first, second, and third-year players. There is a ton of talent in the group and our goal is to not only compete this year, but develop and be competitive in years to come.”

Gutek went on to say the team has participated in a few games to date, most recently in a higher tier tournament shortly after the province eased restrictions.

“Although the outcomes weren’t necessarily what we had hoped for, there were positives to take away and that is what we’ll build off of,” he noted.

And, finally, Meadow Lake’s 13U team, coached by Trevor Gerwing, also plans to compete at the provincial level this summer.

“We have a solid squad,” Gerwing said. “We can hit the ball – including five home runs in Muenster recently – but need polish in the field. James Norman is our big arm and our most dangerous bat. He hit two homers on the weekend and pitched very well. We still do not know for sure who or where we play in provincials. Provincials will be the July 23-25 weekend. We still have a tune up tournament in Unity to prepare us.”