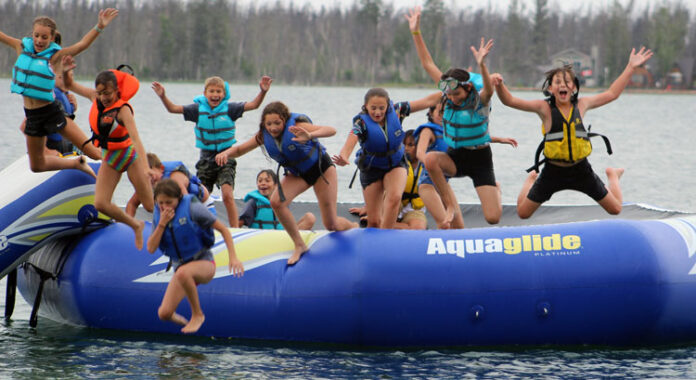 Ethan Marsh was excited to return to Bethel Gospel Camp earlier this summer for more reasons than one.

Not only was the 16-year-old Meadow Lake resident encouraged by the fact the camp – located at Jeannette Lake in the Meadow Lake Provincial Park – was reopening after a one-year hiatus because of the COVID-19 pandemic, but also because of the expanded, leadership role he would be taking on this time ‘round.

“Two years ago I took the Leaders in Training and Evangelism (LITE) program, and, this year, with Bethel opening up again, (former Bethel Gospel Camp executive director) Dave Blatz contacted me and asked if I would like to counsel for a week,” Marsh explained. “I said I would love to, so it was arranged I would work one of the four weeks the camps were being offered this year.”

It was his experience in the LITE program that prepared Marsh to serve as a cabin leader for the Bethel children’s camp (ages eight to 12) July 26-30.

“As a cabin leader, you lead the kids through the week and make sure nobody gets hurt,” Marsh continued. “There is definitely a lot more responsibility when it comes to going back in a leadership role. Luckily there were only five kids per cabin compared to the nine they normally have, but there was still some added stress, as well as relief when everyone would make it back to the cabin safely each night.”

A typical day at camp, Marsh added, includes games involving the whole camp before the children are split up into four teams and go about learning different skills with their respective cabin leaders.

“For two hours they also get to play games with whoever they like, go swimming and so on,” Marsh said. “We also try to put the focus of everything we do on God and the kids’ development in terms of their relationship with Him… I would love to go again, and I am most likely going to be back again next year. I learned a lot about taking care of younger children, about the different needs of different kids. When I took the LITE program a couple years ago, it really helped teach me the responsibility I would have when I became a cabin leader.”

Meanwhile, according to Blatz, only four camps were scheduled for Bethel this summer opposed to the traditional eight.

“Because we chose a later start date, we were able to run with no restrictions,” Blatz noted. “We feel so blessed to be able to run and have the opportunity to share the gospel with kids again. With all the restrictions over the last year-and-a-half I believe it’s great for kids to be able to get together with lots of others kids and have fun.”