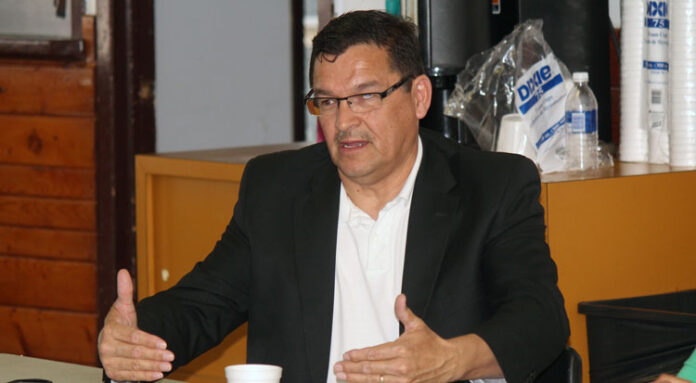 The people of Saskatchewan’s North could have a tough decision on their hands come the next federal election.

While former Meadow Lake mayor Gary Vidal currently represents the federal Conservatives as MP for the riding of Desnethé-Missinippi-Churchill River, long-time Athabasca NDP MLA Buckley Belanger recently announced his resignation from provincial politics in an effort to secure the Liberal nomination at the federal level. The announcement came via a news conference Belanger held in Ile-a-la Crosse Tuesday morning (Aug. 10).

“Our communities are facing long-standing challenges that were exacerbated by the pandemic,” Belanger, who served as MLA for 26 consecutive years, stated. “That is why we need a strong voice advocating for our region in Ottawa as we look to rebuild and recover. I am ready to take on a new challenge, alongside the Liberal team, to make change for the better.”

Belanger was first elected to the Saskatchewan Legislature in 1995 as a Liberal and has been re-elected in every election since, primarily representing the NDP. He is the longest serving member of the current Legislative Assembly.

In a recent interview, Belanger shared with Northern Pride more about his reasons for taking on this new challenge.

“We have had some very difficult years throughout the province, and in the North we have had some very, very difficult years,” he said. “We have seen zero growth, zero investment into northern Saskatchewan by the current provincial government. However, I saw a genuine effort, however, by the federal Liberal government during the COVID-19 pandemic. They were the only ones to come to the aid of northern Saskatchewan communities.”

Belanger himself contracted COVID-19 during the pandemic.

“When you’re in the dark despair of COVID-19, being locked in by the provincial government and not having any support, and then the federal government comes along and offers that support, well, it was a huge step in the right direction,” he said.

He also pointed out how he was inspired by the federal government’s support for the United Nations Declaration on the Rights of Indigenous Peoples, and also said people in the North are sick of poor highway conditions and said this too is something he would like to see addressed.

“You can see how genuine they (Liberals) are in terms of dealing with the problems northern people have faced,” he added. “We have an opportunity to bring change to our region. I’m making this shift in politics to bring a strong Indigenous voice to the federal level.”

Belanger also said it was he who initiated a move to the federal Liberal level and not the other way around.

Belanger’s resignation from the provincial Legislature will take effect at 11:59 p.m. Sunday (Aug. 15).

“We’re sorry to see Mr. Belanger leave our caucus and are grateful for his service as Saskatchewan’s longest-serving Indigenous MLA,” noted provincial NDP leader Ryan Meili. “Our focus now will be making sure there is a strong voice for the Northwest in the Legislature as the Saskatchewan Party has repeatedly shown complete disregard for the concerns of the people of Athabasca.”

While he did not name names, Belanger said he has spoken to more than one young person who is eager and willing to replace him as MLA.

Information regarding a by-election for the Athabasca riding is expected to be announced soon.
“I have indicated in the past this would be my last provincial run, and now this new opportunity has come forward and I have seized it,” Belanger said.

Meanwhile, Meadow Lake resident Harmonie King recently announced she will serve as the NDP candidate for Desnethé-Missinippi-Churchill River. King represented the NDP in the Meadow Lake riding during the 2020 provincial vote, but her efforts to get elected were unsuccessful. As for Vidal, he has already announced his name will be on the ballot.

In the last federal election, the Liberals, represented by Tammy Cook-Searson, finished third in the riding with 26.5 per cent of the vote. NDP candidate Georgina Jolibois received 28 .4 per cent and Vidal 42.3 per cent.