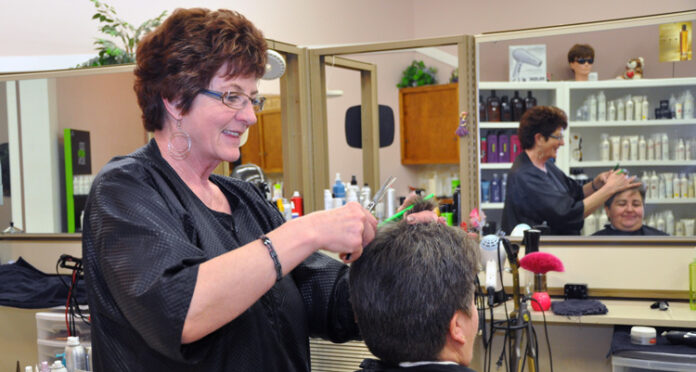 After more than 50 years, Ann Callbeck is ready to say goodbye.

The long-time owner of Cameo House of Hair Design in Meadow Lake is retiring effective Sept. 1. Located at 132 Centre St., Callbeck’s salon will be home to a hairstyling school going forward.

“North West College offered to rent the shop, and it was a perfect out for me,” Callbeck said. “They’re going to rent the salon and put in a hairdressing school.”

Callbeck, who grew up in Hague, SK, has owned and operated Cameo House of Hair Design since 1965. She worked for a time at the University Hospital in Saskatoon before moving to Ottawa where she trained to become a hairdresser. From there, she returned to Saskatoon and also worked for a short time in St. Walburg before the opportunity to purchase the salon in Meadow Lake presented itself. It was always her dream to own a salon and, for more than five decades, Callbeck said there’s never been a time when she’s regretted it.

Once retired, Callbeck said she would like to do some travelling.

“I have a son-in-law in Germany who I would like to go see,” she said. “All the kids are scattered.”

She also said it’s pleasing to know her salon will be used to train future hairstylists.

“It’s nice because, by doing someone’s hair and nails, it helps them to feel better about themselves,” she said. “It’s nice to know students won’t need to go to Saskatoon or North Battleford to train – they can do it right here.”

Callbeck also acknowledged her previous staff and her current staff.

“A big thank you goes out to all of them,” she said.